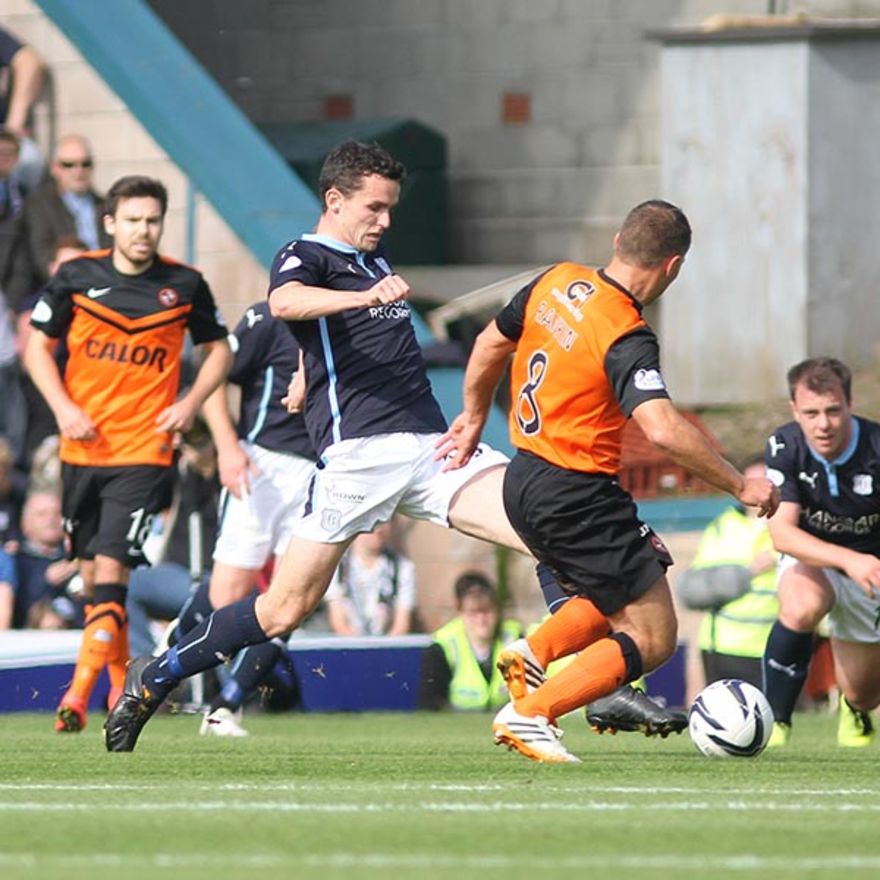 Dundee head to Tannadice Park on Wednesday evening to face Dundee United and looking to make it through to the Scottish League Cup quarter finals. To do so they will have to recover from a first defeat of the season to the same opponents at Dens on Sunday.

It will be interesting to see if Paul Hartley shuffles the pack for the trip down the road, Craig Wighton, Luka Tankulic and Martin Boyle were used as substitutes in the League derby and Kevin McBride is fit and available for selection, while new boy David Clarkson was on the bench.

Hartley told us “We’re looking forward to it, we’ll regroup and try to pick a team that can hopefully win the game.”

Thomas Konrad is available for selection despite his red card on Sunday, but Iain Davidson joined the injury list at the weekend, picking up a foot injury in training ahead of the weekend game. Kevin Thomson, Willie Dyer and Peter McDonald are also likely to miss out again.

While Gary Mackay-Stephen grabbed the headlines at the weekend it was Paul Paton in defensive midfield for United who dictated how the game went, he made numerous tackles and fed the more creative players in his side well.

The last League Cup meeting of the sides came on 3rd September 1996 and it saw Dundee progress to the next round, in a year when the Dark Blues would go as far as the semi final.

Dundee were a First Division side at the time and United had just been promoted via the play-offs, so the Tangerines were red hot favourites to progress and it looked like that would be the case when Owen Coyle gave them a 21st minute lead, they held that advantage until the 41st minute when Jim Hamilton equalised for the Dark Blues from the penalty spot.

There was no more scoring in normal time but eight minutes into the first extra period Hamilton struck again to put Dundee into the lead.

Five minutes into the second period United leveled through Gary McSwegan and with that ending the goals scored the match went to penalties where former United keeper Billy Thomson was the hero for Dundee as he made the save which knocked his former employers out of the cup.

Fans outside of the UK can watch Dundee United v Dundee live for just £5. “Dundee FC Live” is the club’s exclusive live match streaming service and you can find out more about it at www.dundeefc.co.uk/live.