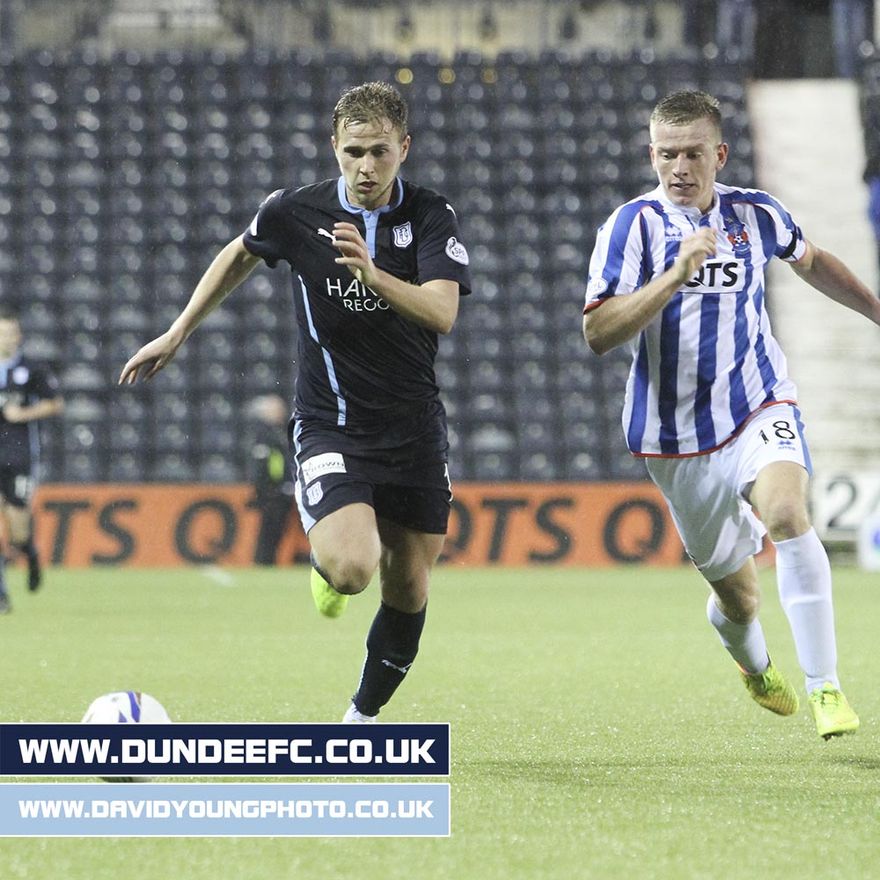 Dundee travel to Rugby Park, Kilmarnock to kick off their Ladbrokes Premiership season on Saturday, kick off 3pm.

There are likely to be several competitive debuts in Dundee colours after eight new boys joined up at Dens during the summer.

One of those new boys will miss out though, the game coming too soon for Nicky Low who’ll miss out with an injury picked up in pre-season, while Kostadin Gadzhalov will also miss the season opener through injury.

THE OPPOSITION
Kilmarnock too will have several new faces to choose from after Gary Locke reshaped his squad during the close season, notably former Rangers duo Kris Boyd and Lee McCulloch, who has been appointed assistant coach as well as being registered as a player.

Amongst their other signings are striker or winger Kallum Higginbotham signed from Partick Thistle and goalkeeper Jamie McDonald from Falkirk.

LAST SEASON
It will be the third time in four seasons that The Dee have faced Killie on the opening day of the season.

At Dens in August last year Gary Harkins gave Dundee the lead, from the penalty spot, against his former club before Craig Slater earned Killie a point with a curling free kick.

There was just one visit for Dundee to Rugby Park during 2014/15, it came in November, and goals from Greg Stewart (2) and David Clarkson brought all three points back to Tayside.

The final meeting of the sides during last season saw another penalty for Dundee, Greg Stewart firing it home to give Dundee a tally of seven points from the three meetings between the sides during the campaign.

DID YOU KNOW?
Dundee goalkeeping coach Bobby Geddes played for both clubs, turning out 254 times for the Dark Blues and 183 times for the Ayrshire side – he won promotion with both sides. He is the oldest player to play for the Dark Blues, having come on as a substitute aged 49 year old when Tony Bullock was injured in a match at Raith Rovers in 2010, thirty years after his Dundee debut.

This match is classified as admission by ticket only.

However Kilmarnock are offering reduced prices on advance sales to encourage fans to purchase before travelling.

These tickets are now on sale and can be purchased via the Ticket Office either in person, over the phone at 01382 889966 (option 1) or online by clicking the “TICKETS” link above.

ONLINE COVERAGE
Due to lack of connection from Rugby Park we will NOT be showing the match on Dundee FC Live this weekend.

We will have live updates on the home page of the website.