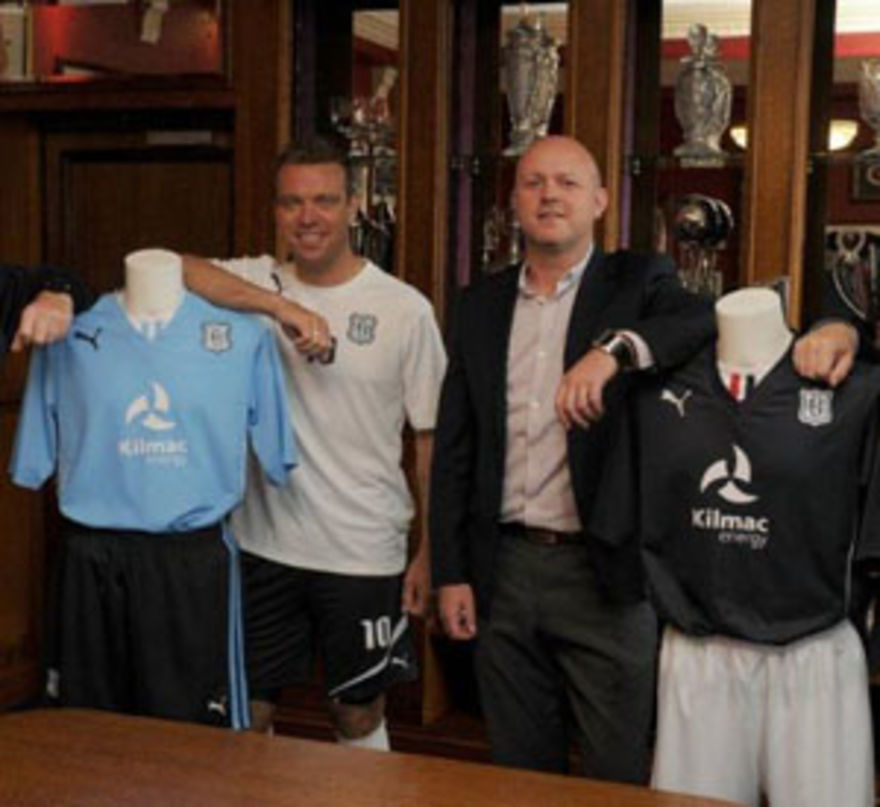 Dundee FC are proud to announce that for the fourth consecutive year Kilmac Energy will remain the teams principal sponsor.

This sponsorship deal highlights the Kilmac Groups investment in sport in and around the communities where they work. The Kilmac Group has sponsorship links across the country, particularly in Tayside, where focus is given to youth initiatives. Kilmac sponsor a variety of sports including junior rugby and football, amateur football, golf, bowls and shinty.

We have a superb relationship with Richard and his fellow Directors at Kilmac and they have been a superb sponsor of the club. Personally I have to say that it has been a pleasure to work with them since I have been at Dens and I am looking forward to more of the same. They are a progressive and dynamic company who have been quick to support Dundee FC at all levels and through thick and thin. Everyone at Dundee FC appreciates their continued support and I trust that our fans do too.

“Our ongoing commitment to Dundee FC as shirt sponsor ensures the support of a local club at a time when finances are scarce within Scottish Football. Kilmac is proud to be the shirt sponsor of Dundee FC and all of us at Kilmac are looking forward to the 2013/14 season and the year ahead for Dundee FC.

“Kilmac’s continued sponsorship of Dundee FC is a reflection of the importance of the city of Dundee as a source of business for our company. As a local company, Kilmac is very proud to be involved in many of the exciting construction projects happening across the city, including the City Square refurbishment. The investment in the youth of tomorrow includes the Kilmac Group now offering apprenticeships in their construction division. This includes a current initiative with Perth & Kinross Council whereby construction work placements for disadvantaged youngsters have been offered on their latest project at the South Inch in Perth and we would like to expand similar initiatives across Tayside.”

Finally, the Scottish Government and sportscotland wish to work with partners to develop a National Performance Centre for Sport (NPCS) in Scotland. The main objective of the NPCS is to provide high quality sports facilities and specialist services for athletes within an environment of high performance, where Scotland’s athletes can be well supported towards achieving the highest standards of performance on the international stage. Commenting, Richard Kilcullen said: “As a sponsor of local sporting clubs we would like to add our support to Dundee’s bid to host Scotland’s National Performance Centre for Sport. Locating these amazing facilities in Dundee would provide great benefits to many sportsmen and clubs throughout the region, including Dundee FC. Kilmac is fully behind Dundee’s bid to bring this sporting centre to this city and we are sure the whole city and region is backing Dundee.”