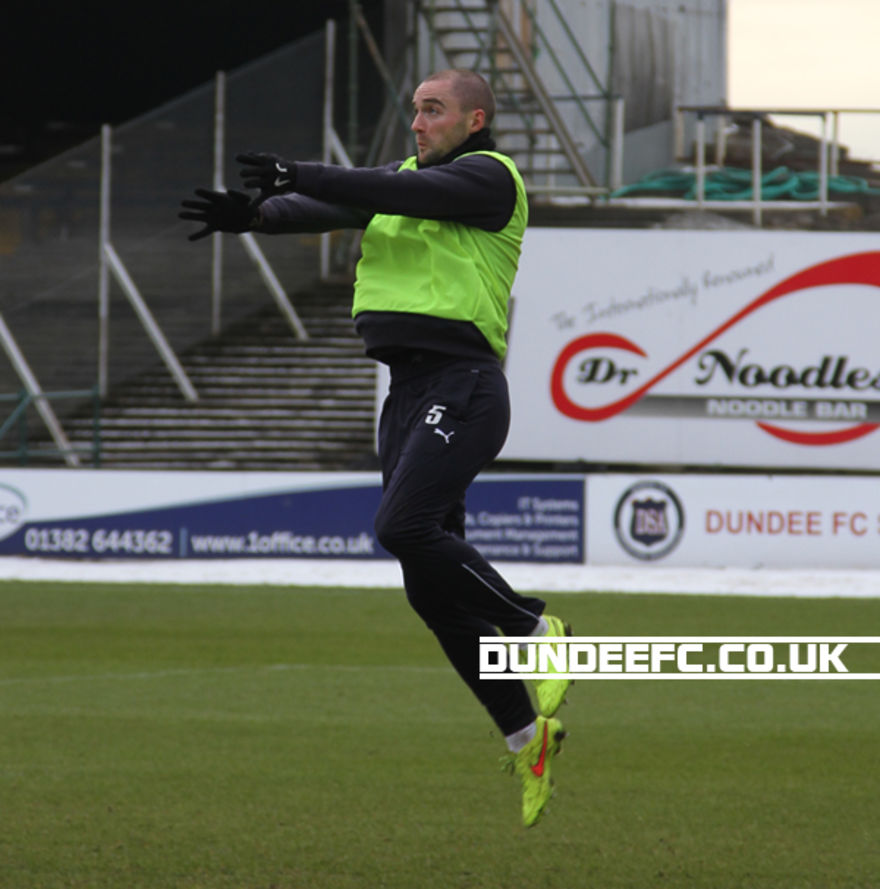 Dundee will look to build on impressive outings against Motherwell and Aberdeen when they welcome Kilmarnock to Dens this Wednesday night, kick off 7.45pm.

The games are coming thick and fast for Paul Hartley and his squad and with a number of injury doubts there could again be changes when the Rugby Park side come to town.

The manager gave an update, “Kosta (Gadzhalov) got a little twinge in his thigh so he is a doubt. (Paul) McGinn will be out, he’s had a problem with his back for the last few weeks, he’s just in too much pain. (James) McPake’s back, and (Paul) McGowan is obviously back in the squad.

David Clarkson missed out on the Pittodrie trip and Paul is still waiting to see if he can be fit for Wednesday, “Clarkson will have a little fitness test on Tuesday. We’ve got alot of games coming up, especially January so we don’t want to rush people back.”

Craig Wighton bagged a double for Brechin as his loan spell came to an end at the weekend, Paul said of the Dundee youngster, “He got his two goals Saturday so we’ve brought him back. We’ll bring Craig back just now and see how he does and how he looks. Our numbers are not great at the moment so bringing him back might just give us a little boost.”

Tickets can now be bought at the ticket office, in person or by phone, or via the website at www.dundeefc.co.uk then click on “TICKETS” where you will be able not only to choose your seat but check on the view from seats in a particular area.

The Bob Shankly Stand will be closed for this match.