KIDS GO DOWN TO CLYDE 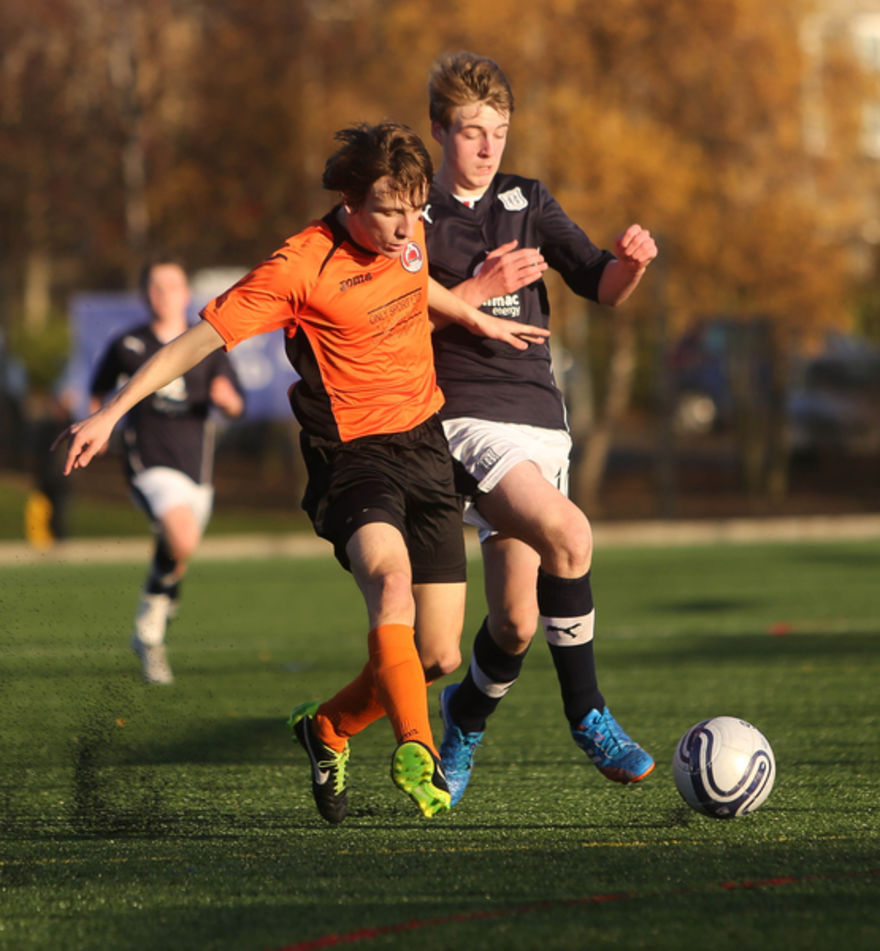 A young Dundee side took on high flying Clyde at DISC on Sunday afternoon and came within a hair’s breadth of taking points off the men from Broadwood.

Under 17 keeper Robbie Paterson was making his first start for the team who were missing John Bonnar, Cammy Kerr, Scott Mollison and Matty Allan.

The home side started the livelier and took the lead on seven minutes when Calvin Colquhoun won the ball in midfield before striding forward and slotting it under keeper Chris Shaw’s body.

Then Colquhoun set up Lee Cameron but the striker’s shot went wide of the target.

On 17 minutes Thomas Carberry had a wild shot over the bar before Paterson tasted his first action of the game, diving to his right to smother a shot from Connor Lynas.

Dundee were definitely having the better of the game at this stage and Cameron set up Carberry for a wicked swerving shot that Shaw managed to hold.

A great move involving Josh Skelly, Cameron and John Black ended with Black’s shot just over the bar, before another shot from Carberry also flew inches over.

On 35 minutes Clyde came close to an equaliser with a 30-yard free kick that Paterson just managed to tip on to the bar and over for a corner.

A superb dummy by Skelly put Cameron through but the striker’s shot went wide of the target.

Clyde replied with a shot from Lynas that was saved by the legs of Paterson.

The Broadwood side took only seven minutes of the second period to equalise, a speculative Gary Campbell cross from 30 yards deceiving Paterson, who had the sun in his eyes, and nestling in the top corner.

Ben Sivewright tried to reply for the home side but his shot went straight into the arms of keeper Shaw. Twelve minutes into the second half Dundee brought on Max Avolio for Calum McHardy.

On the hour mark a Sivewright cross was almost turned into his own net by Shaw but his defenders managed to clear the danger.

Dundee’s attacks were becoming fewer at this stage and Clyde were looking the likelier to score, but with time ticking away it looked like the Dens youngsters were going to hold on for a deserved point.

Then, two minutes from time a miskick in the Dark Blues defence allowed substitute Jordan O’Donnell to race in on goal, round Paterson and knock the ball home to give the visitors the lead.

However, in time added on Dundee were given the chance to equalise when Max Avolio was fouled in the box and a penalty awarded.

Clyde’s Connor McGuiness was booked for dissent but carried on with his protestations and was shown a red card by the referee, who also booked another Clyde player.

The Bully Wee continued with their gamesmanship for a full three minutes whilst Cameron waited to take the penalty but when he did his shot was saved by Shaw who dived to his left.