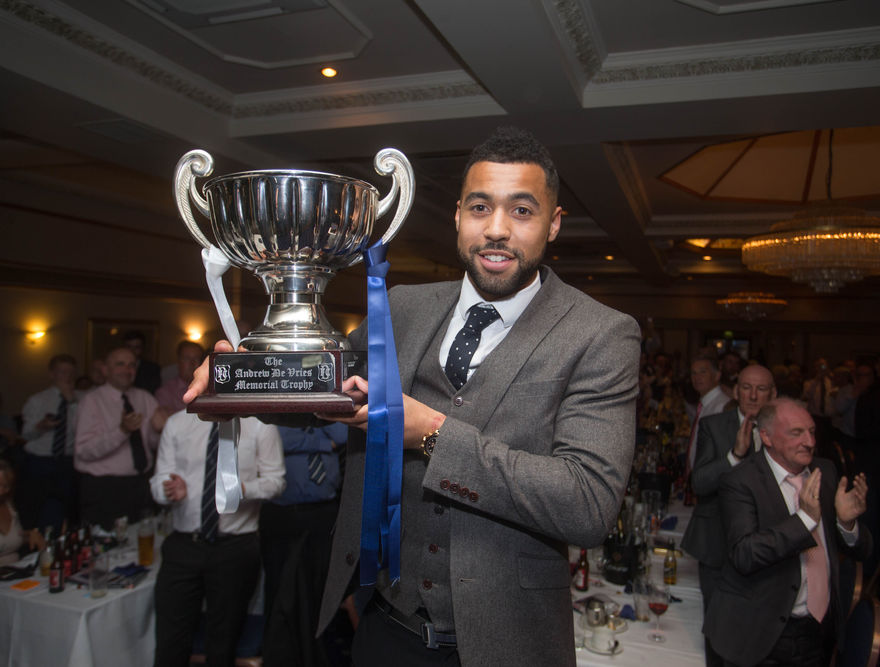 Kane Hemmings fine season was rewarded when he picked up the Andrew De Vries trophy at the annual DSA Player of the Year awards on Sunday evening.

The award voted for by the Clubs supporters is the official Club Player of the Year award and was given to Kane after an incredible season infront of goal for the Dundee striker.

There was stiff competition for the main trophy with Paul McGowan running Kane close, picking up a number of individual Club awards.