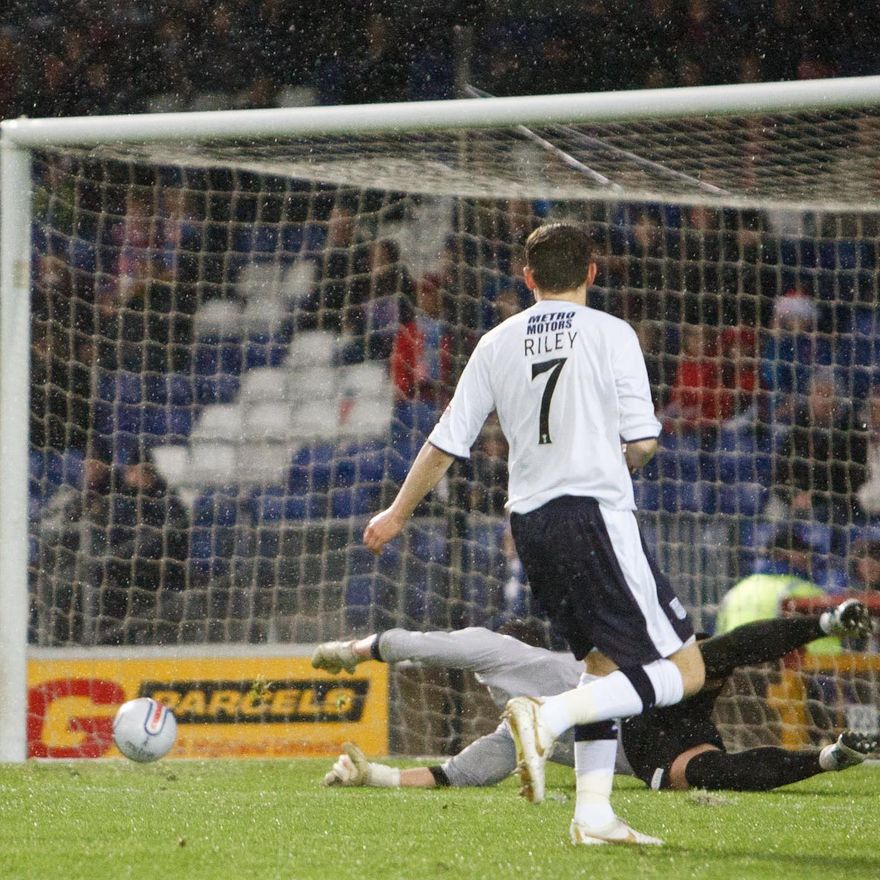 Paul Hartley’s Dark Blues take the long road north tonight for their first away game since winning promotion to the SPFL Premiership. Waiting for them will be an Inverness Caledonian Thistle side buoyed by an opening day victory gained at the expense of the Premiership’s other new boys Hamilton Accies.

Hartley knows Caley will provide tough opposition at the Tulloch Caledonian Stadium: “We wouldn’t expect anything less than a hard night. There are never any easy games up in Inverness,” he said.

That said optimism will be high in the Dundee camp following Saturday’s encouraging display in the season opener against Kilmarnock. The passing and movement on display in the 1-1 draw was at times a joy to behold and a repeat performance would give Dundee a great chance of recording their first league win of the season

And manager Hartley gave a clear indication we would be approaching the game in the same positive fashion: “We want to play good football and we’ll continue to do so. From all accounts Inverness are trying to play the same way so it’s got the makings of a good, open game.”

THE SQUAD
Dundee have pretty much a full squad to choose from for the trip, only Phil Roberts misses out as he serves the second of his four game suspension. James McPake had butterfly stitches put into a face wound during the Kilmarnock game and Kevin Thomson picked up a slight knock but both will travel and are available for selection. Scott Bain meanwhile continued his recuperation from his bout of appendicitis by playing his first game for the club in the 1-1 SPFL Development League encounter with St Johnstone on Monday.

LAST TIME
The last time Dundee visited Inverness was during the ill-fated 2012-13 season. The Dark Blues played just once at Inverness during that spell back in the top flight and it wasn’t an encounter that anyone of a Dark Blue persuasion will remember fondly; Nicky Riley provided the only bright spot of the day by netting a consolation strike in a 4-1 reverse.

OPPOSITION DANGER MAN
Billy McKay. The free-scoring hitman opened his account for the season at Hamilton on Saturday and he’ll be hoping to continue his great record against Dundee. In the 2012/13 season he scored in all three games against us netting five times in total.

TRAVEL
For those intending to travel by train, Scotrail’s website advises that following the recent flooding, mainline services between Perth and Inverness are now running as normal.

OUR ONLINE COVERAGE
Unfortunately the 4G signal at the Tulloch Caledonian is not strong enough to allow us to provide a live video stream of this match to fans overseas through Dundee FC Live. Live text updates will be available if you return to the official site from 7.15pm onwards on matchday.