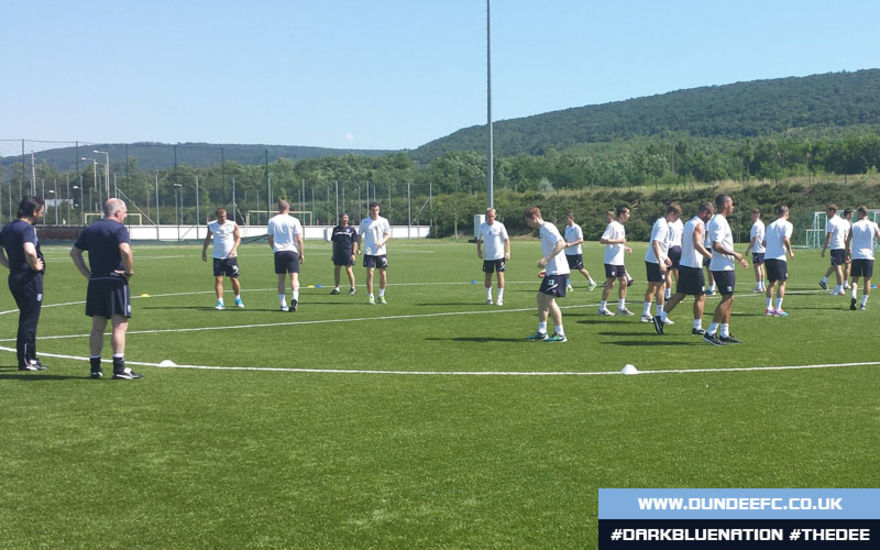 The hard work continued in the Hungarian sun today for Paul Hartley’s squad.

Today saw another triple session for the players at the The Globall Football Park in Telki on the outskirts of Budapest.

Dundee arrived early on Thursday morning and will spend the week out there before returning ahead of the first pre-season match against English Premiership champions Manchester City a week on Sunday.

Below are a few pictures from this morning’s first session.