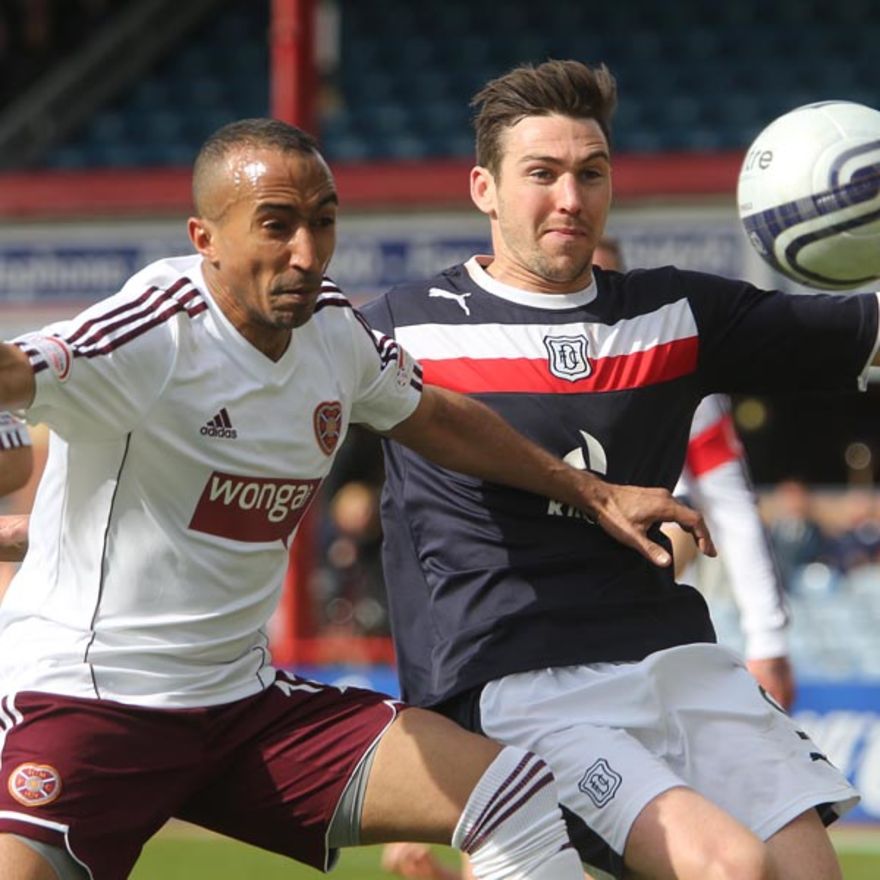 Dundee will face Heart of Midlothian in a pre season friendly at Dens Park on Tuesday the 22nd of July, kick off 7.45pm.

Hearts, who Dundee will replace in the Premiership following the Tynecastle side’s relegation, will provide a very good test for Paul Hartley’s men at a crucial part of the pre season.

Despite relegation, largely due to a 15 point deduction, the Edinburgh club ended the season in good form with only one defeat in the last eight games, of which they won five.

The side’s last met in Dundee brief return to the SPL in 2012/13 as ‘Club 12’. Dundee enjoyed success over the Tynecastle side that season with three wins out of the four meetings.

Ryan Conroy scored from the penalty spot to give Dundee all three points for the first time in the season when they met in the Capital in September. Dundee followed that up with another 1-0 win at Dens in the second meeting, Matt Lockwood curling home a free kick.

Hearts took their only victory of the season against The Dee when John Sutton netted late on in a midweek fixture. By the time they met for the final time in the bottom six, Dundee were pushing to claw back vital points in a relegation dog fight. Ryan Conroy again struck the winner on that occasion.

The match is the second pre season match announced for Paul Hartley’s men who also take on English Premiership champions Manchester City on the 13th of July.

The club will announce tickets prices and information for both fixtures shortly.