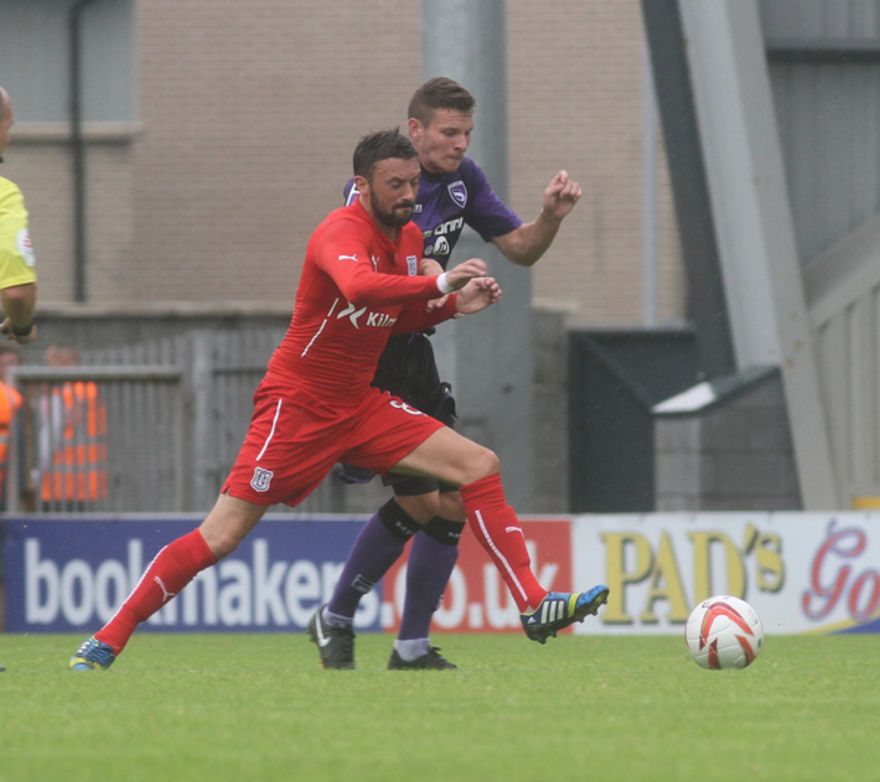 Wins against Manchester City and Morecambe either side of a goal less draw with Brechin City have seen almost every member of the squad get some game time under their belts ahead of the season opener a week on Saturday.

The Dee will be looking to remain unbeaten through the final build up games this week, however, at this stage it’s all about preparation for when the real stuff gets underway.

Thomas Konrad and Luka Tankulic both joined the club yesterday after returning to Germany for a week following their trial with the club. It remains to be seen if they will play some part in the visit of the Edinburgh side.

Manager Paul Hartley who played for the Tynecastle side for four years told us, “It’s a good game for us, it’ll be a tough test. They’ve got a strong squad so it’s a game that the players can look forward to.”

Hearts are well into their pre-season build up also having played five times already, two wins and three defeat so far for Robbie Neilson’s men, including one defeat to Manchester City last Friday.

The match is pay at the gate and is priced at Adults £15 Concessions £5.

Our online coverage will come through our live updates on the official site, just return to the website at around 7.30pm and the updates will be underway.

If you are outwith the UK, you will be able to watch the game live on DFCTV – click here and scroll to the bottom of the page for one off access.