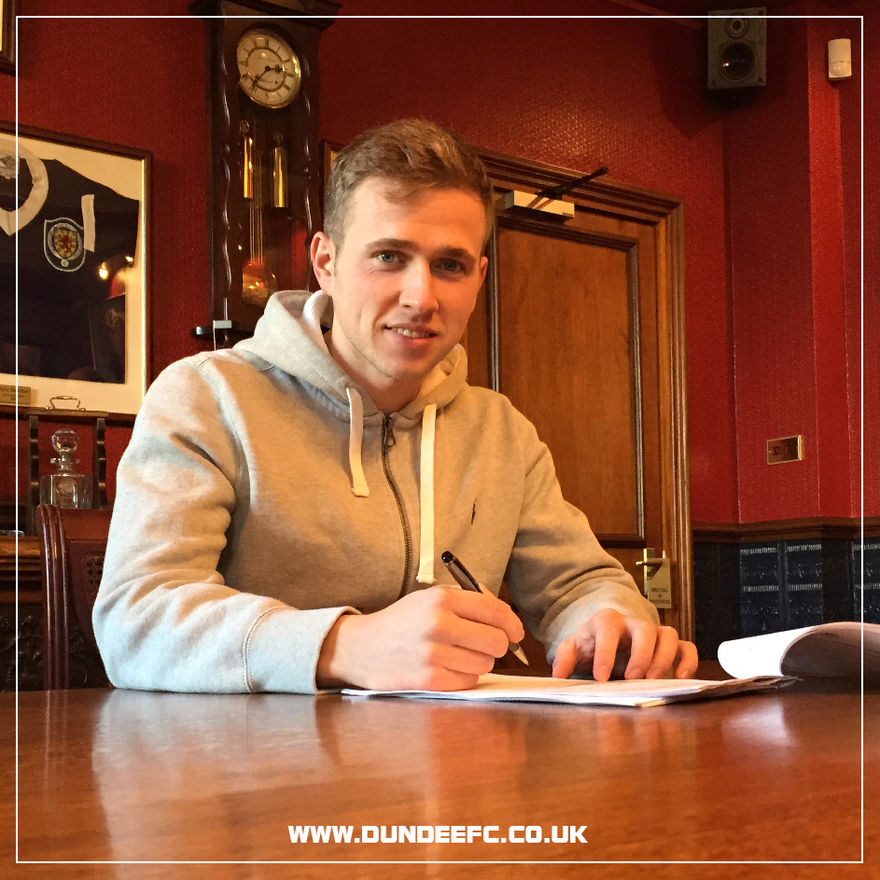 Dundee Football Club are ecstatic to announce that Greg Stewart has signed a new contract with the club.

The new deal for Greg has seen him commit his future to stay with the club until at least the end of the 2016/17.

Greg joined the club in the summer from Cowdenbeath and has taken the step up to full time football in his stride. His first season in the top flight has already seen him hit the net 11 times in 23 matches.

He hit the ground running when he netted on day one of the season in the League Cup against Peterhead at Dens. His second goal came in the same competition against Raith in late August.

The first Dundee derby of the season brought his first league goal before a run in late October saw him net four times in three matches, against Motherwell, Hamilton and Kilmarnock.

Greg added two more goals before the calendar year was out against Inverness Caley Thistle and another against Hamilton.

He started 2015 in similar fashion with a great free kick against Dundee United at Tannadice and then netting in the 4-1 win over Motherwell last weekend.

Paul Hartley said after seeing Greg sign his long term deal, “I’m delighted. We are really pleased with the progress he’s making and I’m sure he can only get better.”

Managing Director John Nelms was keen to stress this is just one of many steps as the club build for the future, “We are delighted to see Greg Stewart commit his long term future to Dundee Football Club. Greg is a player that allows Paul to continue his effort to craft a versatile squad that will see Dundee competitive in the top flight for years to come.”