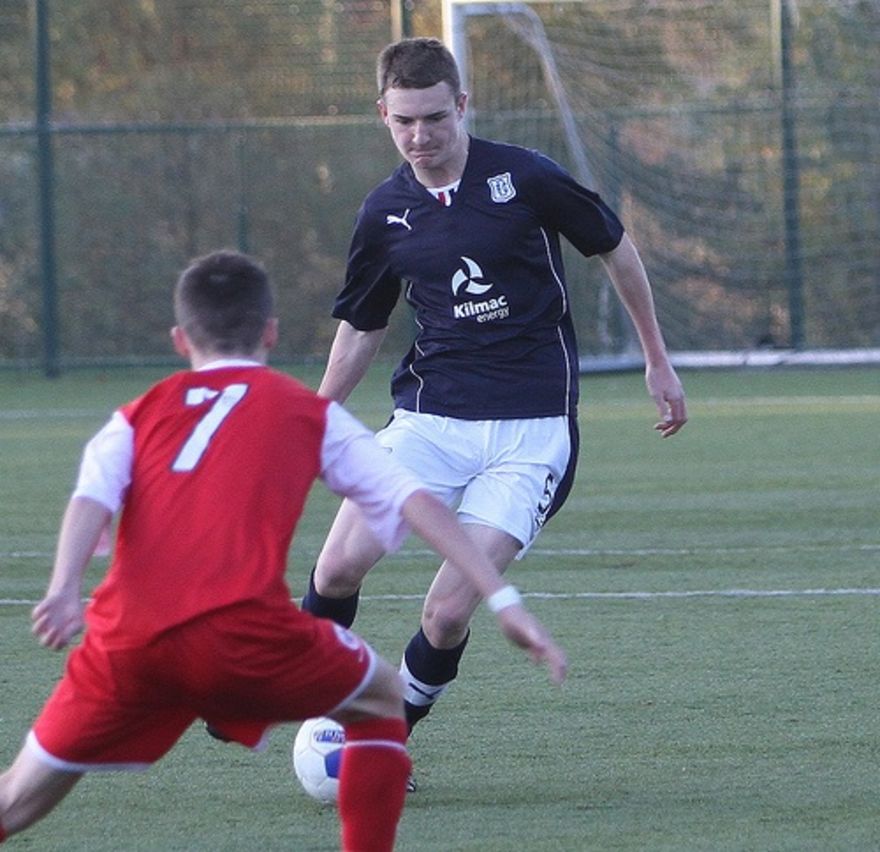 Dundee came from behind three times to draw with Stirling Albion in the SPFL under 19s League Cup group section on Sunday. There were goals galore in the match at the Forthbank Astro as the teams played out a 4-4 draw.

Stirling took the lead early on through a penalty but were soon pegged back. Good work down the right before the ball was played inside to midfielder Calum McHardy who struck home across the keeper from distance.

Stirling had the better of the first 45 minutes and the home side went in ahead at the break in controversial circumstances when a corner was header off the inside of the post and off John Black before going out for a corner but the referee deemed it had crossed the line and awarded a goal.

Dundee upped the tempo and played much better in the second period. They created plenty of chances with McHardy and substitute Ross Cunningham at the centre of the action.

Gavin Burns’ young side levelled when Cammy Black turned home at the back post following a corner.

Stirling then scored twice more to move 4-2 ahead. Firstly, the home sides winger cut inside from the left and slotted home before they doubled their lead with a free kick.

The Dark Blues continued to create chances and Dale Davidson had a couple of good efforts before Josh Skelly put one away to make it 4-3.

Skelly has been in fine form for the under 19s and ran onto McHardy through ball and slotted home.

Cunningham who impressed on only his second showing for the under 19s this season equalised with quarter of an hour remaining after a fantastic team move.

It started with goalkeeper John Bonnar who rolled out to Jack Neave. He played it to centre half partner Black. It was moved into midfield to Davidson who played a round the corner pass to Cunningham who found the net to level the score.

Manager Gavin Burns praised his sides second half performance. He told us “We were disappointed to lose the goals like we did.”

“Our squad was very young today with every player still able to play for under 17s up against a big, strong Stirling side.”

“We dictated the second half and there were a lot of positives to take from the game.”