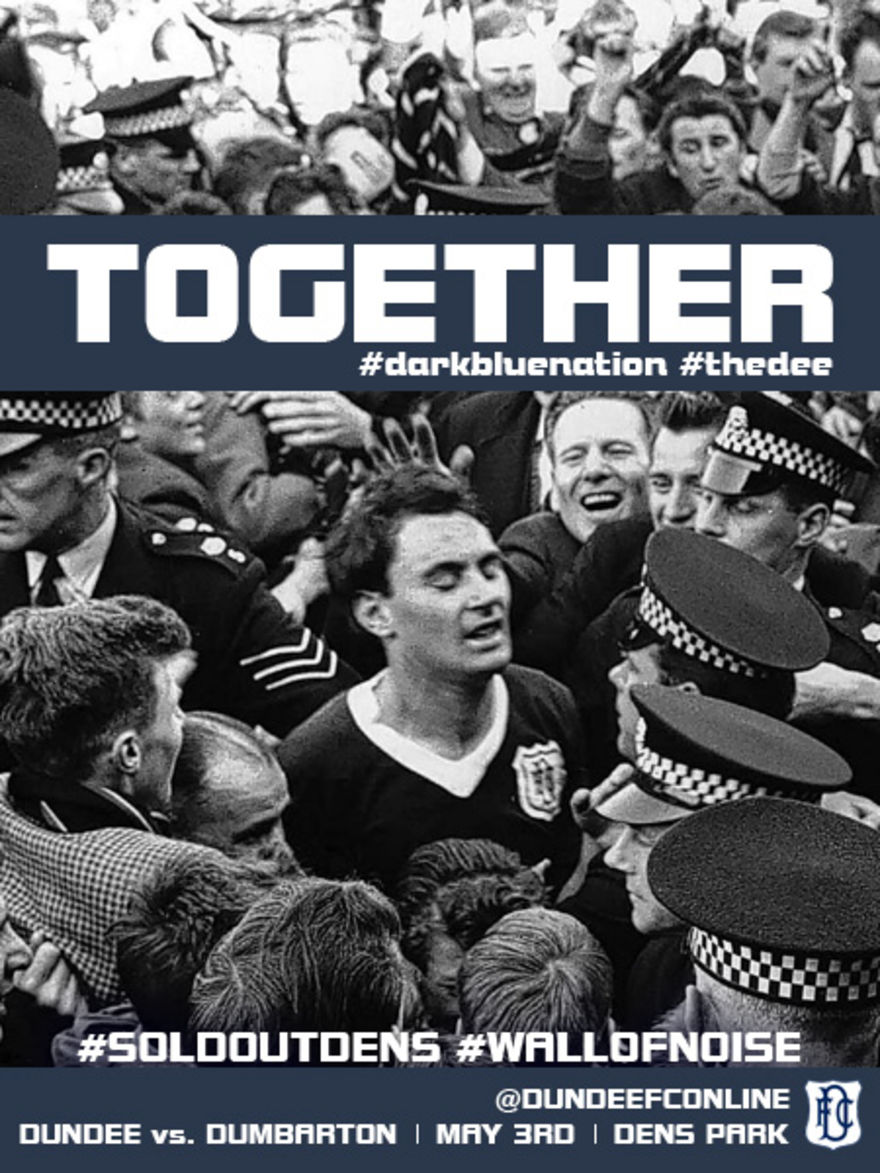 Legendary league winning striker Alan Gilzean telephoned the club last night to pass on his best wishes ahead of the match tomorrow against Dumbarton at Dens Park.

‘Gillie’ netted twice during Dundee’s most famous title win in 1962 in a 3-0 victory at Muirton Park over St. Johnstone. The Dee only needed a point on that occasion but roared on by a huge Dundee support blew the Perth side away to seal the League Championship.

Should Dundee win the title this weekend captain Gavin Rae will get his hands on the same trophy which was presented to Dundee in 1962. It would be the first time the famous trophy has been back in the hands of a Dundee captain since that season. The trophies have changed divisions a few times over the period with various league reconstructions and even though Dundee have won the 2nd tier a number of times since they have never received the same trophy.

Alan told the club he had planned to come up to the match and hopefully, witness us being promoted. However, due to the short notice, no flights were available.

The players will be hoping the channel the spirit of the famous ’62 team tomorrow as they take to the Dens Park pitch in front of four packed stands. ‘Gillie’ asked the club to pass on his best wishes to the club and in particular, the manager and the players.