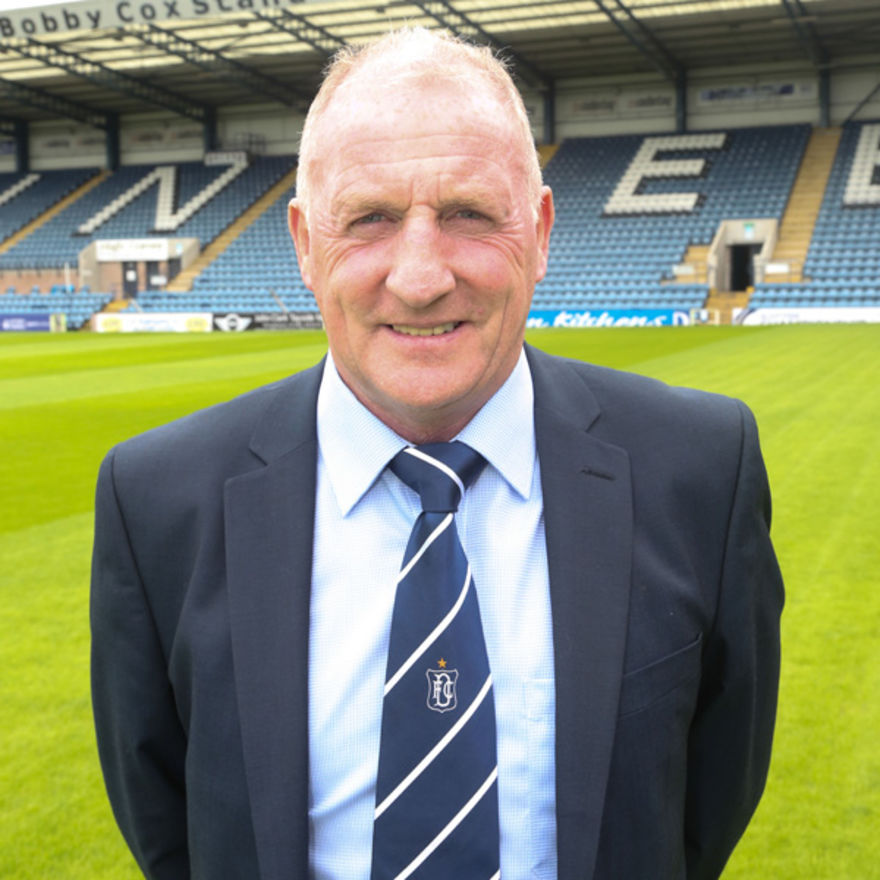 The club announced yesterday that Gerry McCabe has been appointed as assistant manager.

We spoke to Gerry following his appointment as Paul Hartley’s number two and he told us he was looking forward to the task, he said “Delighted for the opportunity to come and work with Paul. Being there today, I’ve seen how big a club it is. You don’t realise how big a club is until you go in and work at it.”

Gerry has known Paul for a long time, they were together 20 years ago at Hamilton, when he was a coach and Paul a young player, Gerry told us, “I’ve known Paul a long time, we’ve always kept in touch, followed each others careers. We just spoke last week about the players he’s been bringing in over the summer. I worked with Kevin Thomson and just talking about players in general.”

He’s been working along with Jim McIntyre as number two at Queen of the South, asked how the move to Dens came about, he said, “Paul asked me to come up and see the owners and Scot (Gardiner) and have a wee chat about the club so I was delighted to do that. I was grateful for Paul to do that and ask me to become his number 2. He knew my situation at Queen of the South, that I had been offered a new contract and I was happy working there but I couldn’t give up a chance like this, to come and work with Paul at a big club like Dundee.”

“It all happened quite quickly, so that’s the first part, the next part is getting in for pre-season, getting the preparations for the start of the new season.”

Gerry brings massive experience to the club and to Paul’s back room staff, his time in the coaching side has taken him to many clubs, Gerry told us, “I worked with Bobby Williamson at Kilmarnock, then went from there to Hibs to Plymouth, then I came back up the road.”

He continued, “I had a spell at Dumbarton on my own. It was an experience which I throughly enjoyed, moved on from there with Jim McIntyre, who was a player when I was at Kilmarnock, he asked if I would be interested to come and join him at Dunfermline and I had four great seasons there. The time in the SPL we did ok, that was another great experience. Jim left the club and I stayed with Jim Jeffries for a season then after administration I left and rejoined up with Jim (McIntyre) at Queen of the South, so fortunately I’ve not been out of the game for too long. I’ve had great experience so hopefully that’s what I can bring to Paul, help him in every way I can and hopefully we can form a great partnership.”