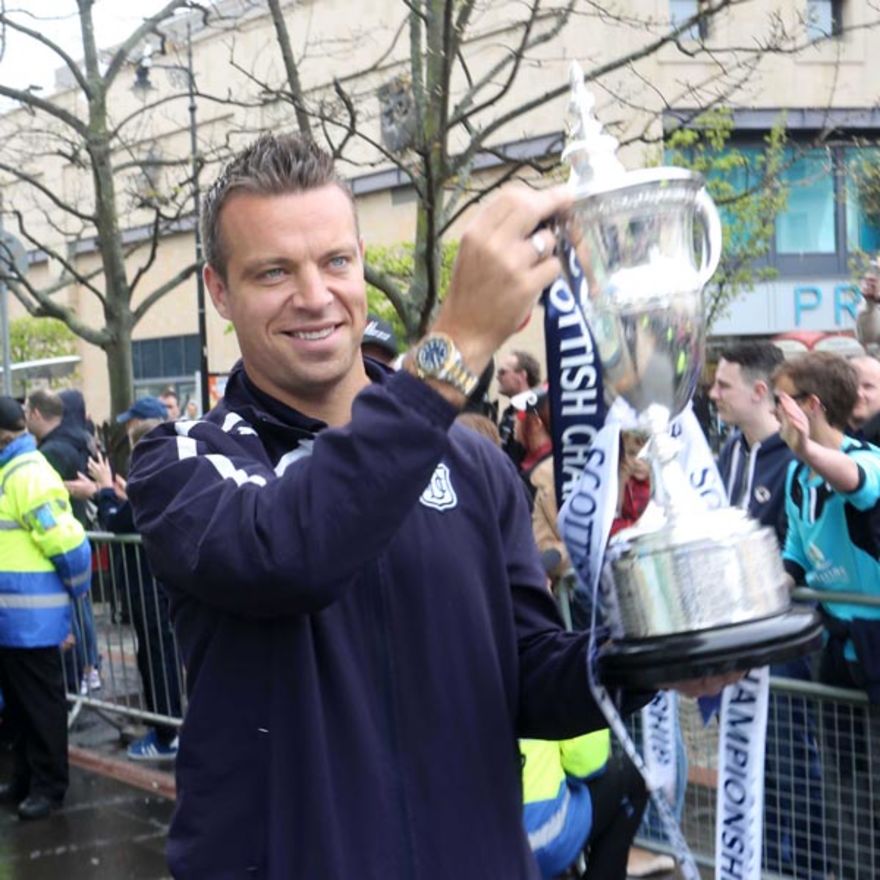 The club would like to wish captain Gavin Rae all the best for the future following his decision to move on from the club with plans to move to Australia with his family.

Gavin, a modern day club legend, has appeared for Dundee 303 times over three spells at Dens. This season he featured in all 42 of Dundee’s games and ended on the high of lifting the title as captain.

We spoke to Gavin following his decision and he told us it was the perfect way for him to end the season. He said, “It couldn’t have gone much better than that day. Obviously that was the aim at the start of the season. To deliver it in the dramatic fashion made it all that bit sweeter. It was in the back of my mind what was happening with myself, so I was happy that it went that way and I could go out on a high.”

As well as featuring in every Dundee first team game this season, Gavin has impressed with his first coaching role at the club. He took the Reserves side this season and led them to a 2nd place finish in the SPFL Reserve league. He told us Australia has been on his mind for a while now, “That’s always been my long term goal with my family. My wife being Australian, we always knew that was what was going to happen. During the season you are obviously thinking about how it is going to end and I wanted to go out on a high.”

“I just feel like now, I don’t think I could play for Dundee again for the simple reason that it’ll never get better. It would only be downhill so I made the decision to go out on a high.”

Gavin also went on to praise the fans and wish his team mates all the best, “I want to thank the fans for over the years backing me and backing the team. We’re just lucky enough to be able to play football, the club is the fans club. We’re lucky enough to play for them but the fans love the club and support them through thick and thin. I would just ask them to keep doing it and hopefully the boys will do well next year. I wish the club all the best in the future and I’ll always keep an eye out for them, I want to thank them for being so kind to me as well.”

Everyone at Dens would like to wish Gavin and his family all the best for the future.