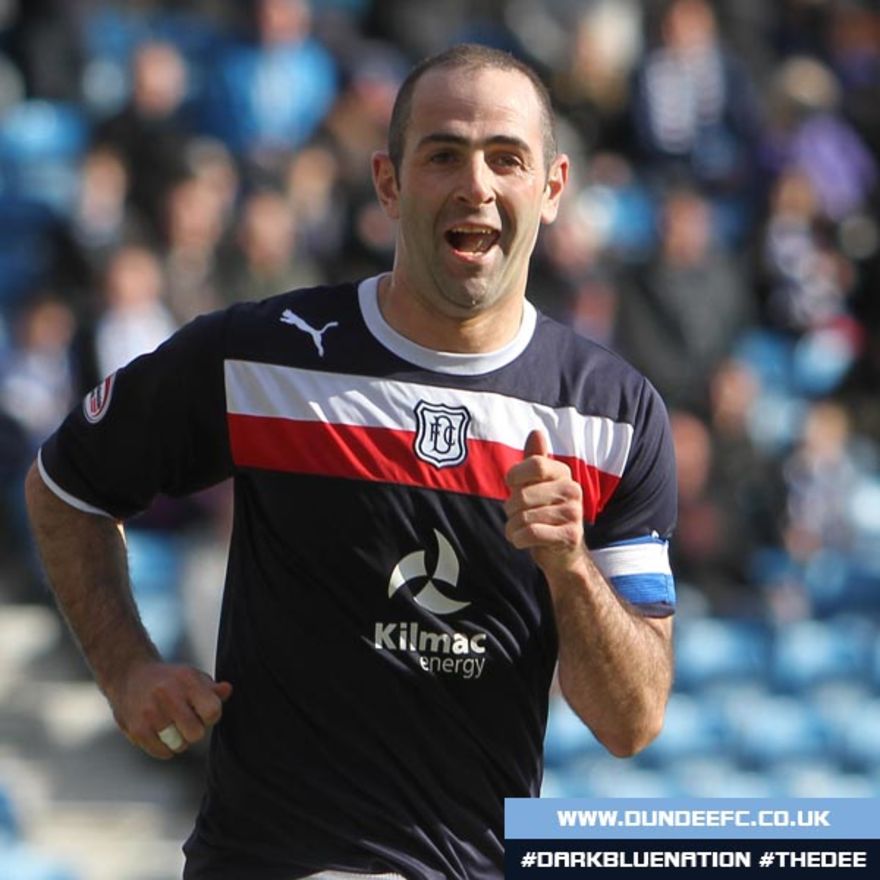 The club are delighted to announce that Gary Harkins has rejoined Dundee FC on a two year deal.

Gary has had two previous spells with the club and trains with his team mates for the first time on Monday morning following his return.

The attacking midfielder, completed his medical over the weekend and becomes Paul Hartley’s ninth addition of the close season.

We spoke to manager Paul after he completed the deal and he told us he was, “Delighted to get him in.”

Going on to say, “It’s another quality player for us. He knows the club after a good period here.”

“I’m a long time admirer of him and I’m looking forward to working with him.”

The squad already boosts a number of experienced midfielders and Paul told us, “You can never have enough good midfielders. He’ll add a lot of creativity.”

Greenock born, he started his career down South as a centre half with Blackburn and saw first team action on loan at Huddersfield, Bury and Blackpool before leaving Ewood Park to join Grimsby on a permanent deal.

After one season with Grimsby he returned North to join Partick Thistle. It at the Glasgow club, under the management of former Dundee player Ian McCall that he was moved further up the park and into an attacking midfield role.

He spent two full seasons at Firhill and during his spell with Partick he was nominated for the First Division Player of the Year award in 2008/09. It was in the summer of 2009 which he moved to Dundee for the first time.

Reported to be for a six figure fee, he settled in quickly and became a fans favourite with five goals in as many games at the beginning of the season. He scored the second goal as Dundee came from two goals down to win the Alba Challenge Cup during his first season at The Dee and at the end of the season, Gordon Chisholm made him club captain.

During his second season at Dens, the club went into administration. Gary stepped up and led the club to survival despite a 25 point deduction. The team went on an amazing 23 match unbeaten league run, one major moment coming at home to Raith Rovers.

1-0 down with five minutes remaining, Gary stepped up and curled a 25 yard free kick into the top corner to set up one of the most memorable moments in Dens history at Neil McCann notched the winner in injury time.

At the end of the season, Gary joined Kilmarnock and was a regular for the 2011/12 season, in which he helped Killie to a League Cup win. He spent the first half of the following year at Rugby Park but in January was allowed to leave and rejoined Dundee for the first time.

He again played a major role as Dundee tried to over come the odds to fend of relegation. Although the season ultimately ended in the drop. Gary had again shown his class throughout his second spell in Dark Blue.

His finest moment of his second spell coming when he returned to Rugby Park and ran the show in a 2-1 victory for Dundee, scoring both goals in a game which saw Killie miss out on a top six place.

Gary’s short second spell came to an end when he joined St. Mirren in the summer of 2013. After six months in Paisley, he moved back down South on loan, joining Oldham Athletic.

He made his debut as a second half substitute away to Liverpool in the FA Cup and went on to score five goals for the English League One club before returning North at the end of the season.

On Friday he left The Buddies by mutual consent and after completing his medical over the weekend joins Paul Hartley’s squad ahead of the 2014/15 SPFL Premiership season.