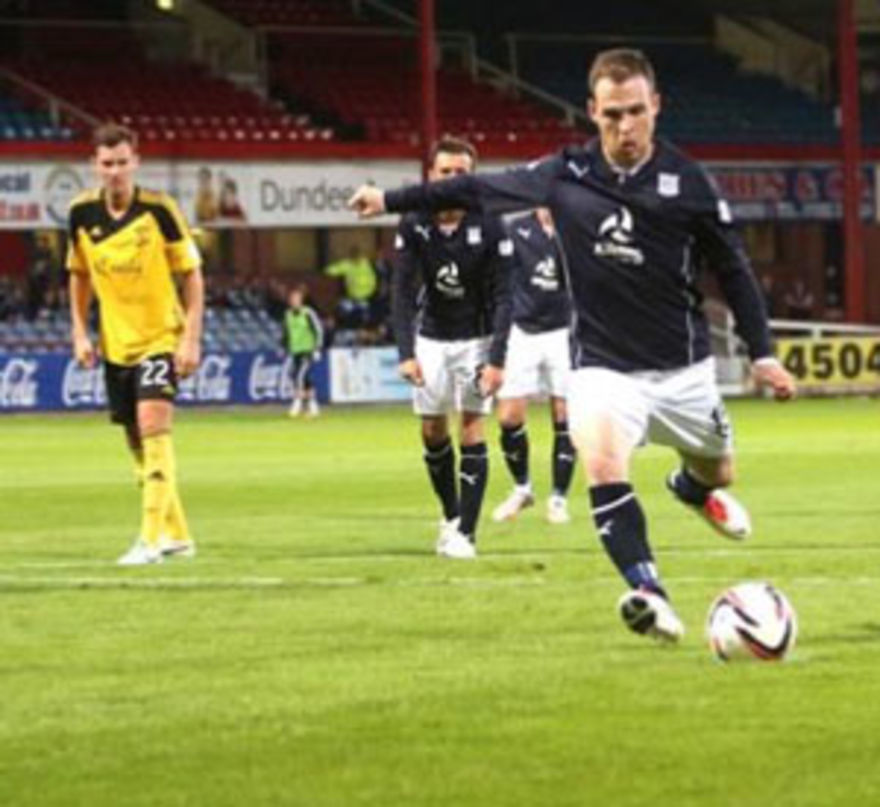 Dundee eased to victory over Livingston at Dens by a three goal margin which could have been even more emphatic. Carlo Monti set them on their way with a first half penalty and after the break Declan Gallagher and Peter MacDonald added to the tally.

At the other end it was a third league clean sheet in a row for the Dark Blues who took their record in all competitions to to four wins and a draw since opening day defeat in the league at Dumfries.