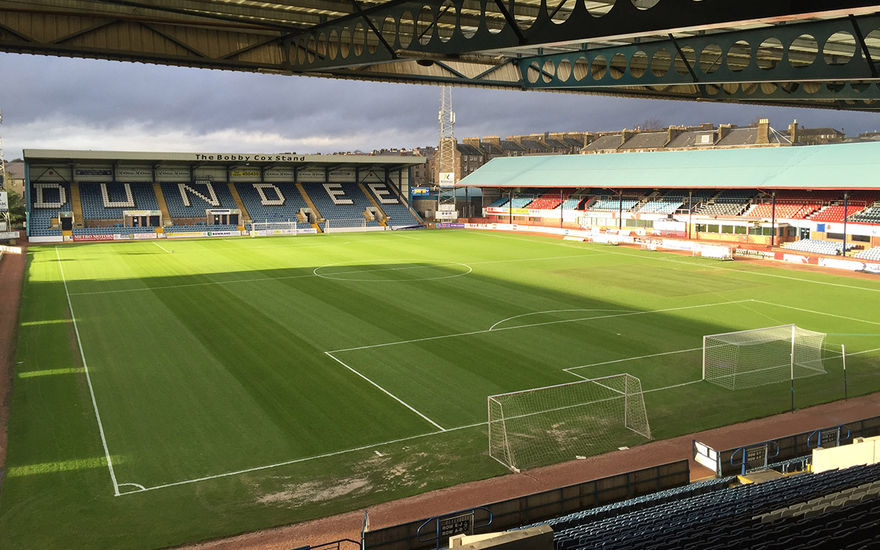 The Club can announce that now the rain has subsided there are no plans for a pitch inspection ahead of tonight’s match in the William Hill Scottish Cup against Falkirk.

A huge amount of work has been carried out by our groundstaff over the past few weeks on the problem area of the park which saw the match postponed until this evening.

Tickets are still available for this match with prices as follows –

Adult £15
All Concessions:(children under 16, Seniors (65 or over), Full Time Students with valid matriculation card) £8
Children Under 12 accompanied by a responsible person aged 16 or over will be admitted free of charge.

The South Enclosure will be admission by ticket only.

There will be a pay at the turnstile facility for home fans in both the Main Stand and Bobby Cox Stand.

Fans are encouraged to buy their tickets as early as possible to avoid queues which build up in the run up to kick off.

Fans are reminded that season tickets are not valid for this fixture.