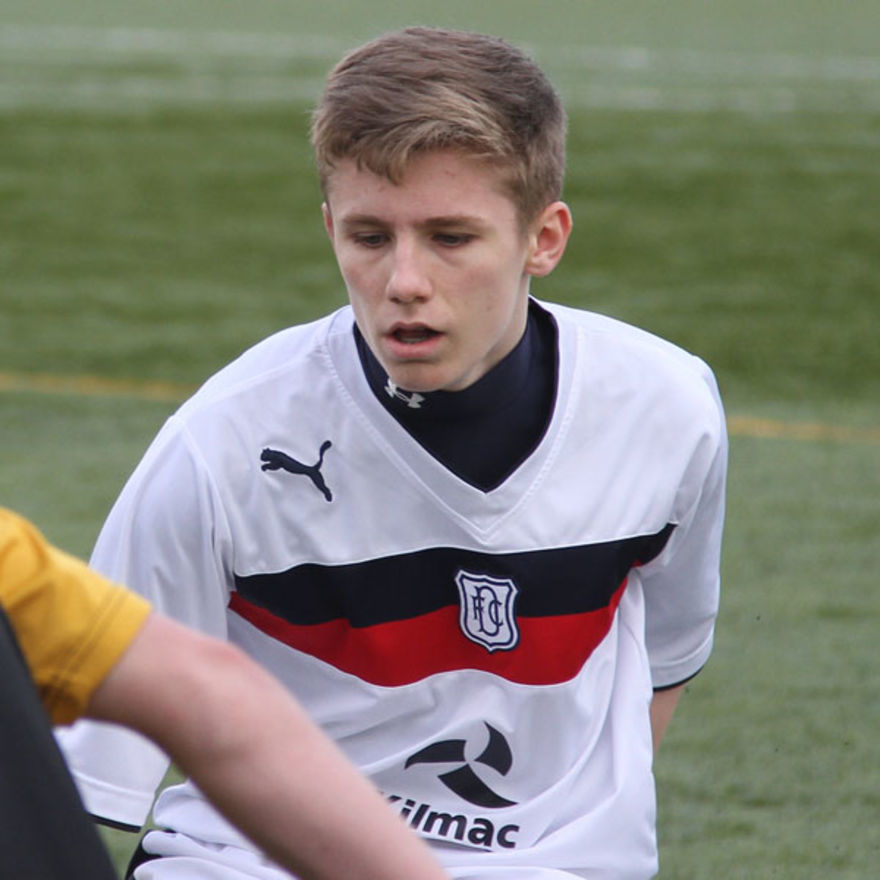 Dundee crashed out of the Under 19 League Cup at Craigie Park on Sunday, ending the game against Cowdenbeath with only eight men.

The home side started brightly, with Calum McHardy firing narrowly wide in the opening minutes but the Fifers, with boss Jimmy Nichol watching, were soon on the offensive, Ben Anthony coming close before Liam Gibb cleared the danger.

On 13 minutes Anthony went down under a challenge from Dens keeper John Bonnar and the referee booked the Cowden striker for simulation.
It was all Cowden at this point and Dark Blues skipper John Black had to make a goalline clearance to prevent Craig Johnston giving the Blue Brazil the lead.

Dundee were forced into an early substitution on 28 minutes when Alex Gibb limped off to be replaced by Ross Cunningham.
The home side came more into the game and a shot from McHardy and a header from Cammy Black both went narrowly wide.

Dundee again started well in the second half and Max Avolio set up a chance for Cunningham and then Josh Skelly, but both efforts were blocked by Fifers keeper Shaun Hunter.

Robbie Casey then came on for Jack Neave with John Black moving into central defence.

On the hour mark Greig Renton hit a shot over the bar and, just minutes later the Fife side made the breakthrough.

John Black impeded Cowden’s Craig Johnston as they chased a ball into the Dundee box and the skipper was ordered off for denying a clear goalscoring opportunity.

Johnston sent Dark Blues keeper Bonnar the wrong way from the penalty spot to put the visitors one up.

Dundee were up against it now and they sent on Kerr Waddell for Cunningham. However, they came close with a 35-yard McHardy effort which just cleared Hunter’s bar.

Ten minutes from time it all went pear-shaped for the young Dees. Striker Josh Skelly went down injured in the Cowden box, but the referee played on despite protestations from the Dundee players that the game should be stopped.

The Blue Brazil raced down the other end and Anthony crossed for Johnston to head home his second.

The furious Dundee players surrounded the referee and Cammy Black was sent off for remarks made to the ref.

Goalkeeper Bonnar followed him a minute later for another ill-judged remark, leaving sub Waddell to don the gloves for the last five or six minutes as Dundee ended the game with eight men.