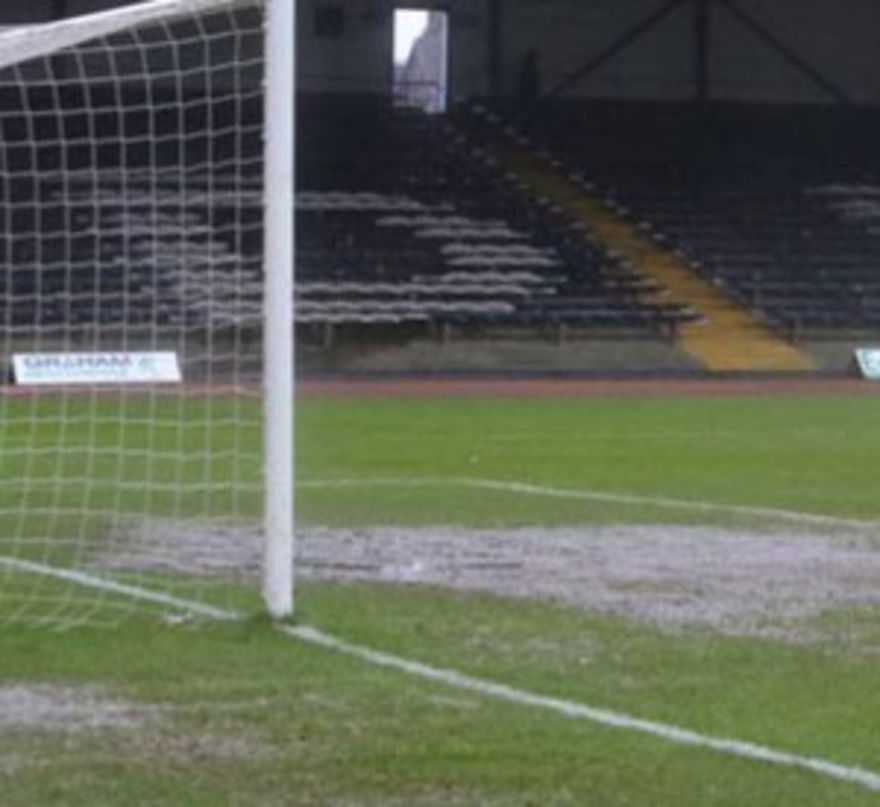 The Club would wish to put on record the events leading up to the postponement of Saturday’s match against Hamilton as clearly there is a lot of speculation and misinformation regarding this matter.

On Thursday and Friday, in anticipation of forecast heavy rain and in light of the many weeks of heavy rain experienced all over the country, the ground staff spent many hours draining the pitch to a depth of 6 inches.

On Saturday morning the pitch was in a playable condition and the prevailing weather conditions were cloudy and dry.

There was no need at this point to consider requesting an inspection.

The rain arrived at around 11am and was very heavy. The groundstaff monitored the pitch throughout the morning and at around 1pm began to become concerned that areas of the pitch were becoming water logged.

The forecast indicated that the rain was set to continue and with the referee due to arrive at 1.30pm an inspection was duly carried out at 1.40pm. The referee concluded that areas of the pitch were unplayable and with the forecast showing continuous rain throughout the afternoon, he had no alternative but to postpone the fixture.

Clearly there was no opportunity for an earlier inspection as the surface only began to cause concern at around 1pm. The Club feel that due diligence was displayed by the ground staff in how they prepared for this fixture and indeed they worked tirelessly over the Thursday and Friday in their efforts to produce a playable pitch.

All at the Club thought that the battle was won but the torrential rain experienced from 11am onwards meant that the referee had no alternative but to postpone the fixture.

The Club would wish to apologise to all supporter’s for the lateness of the call off but hope everyone will understand that proper procedure and diligent preparation was unfortunately undone by the adverse weather conditions.

The match will now be played on Saturday 8 February 2014 with a 3pm kick off.