Dundee to play in Speroni testimonial

Dundee to play in Speroni testimonial 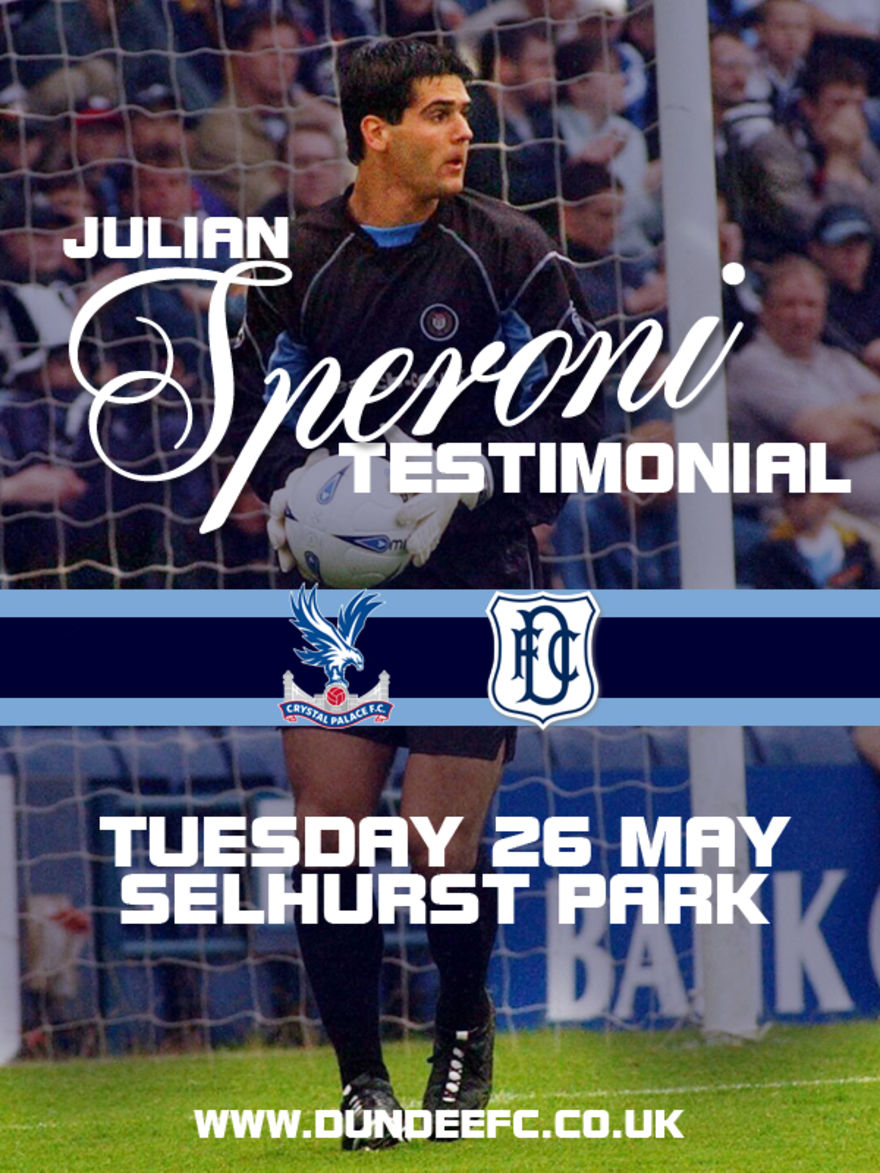 We are delighted to report that it has been announced this evening that Dundee FC will travel to London to take part in Julian Speroni’s testimonial match with Crystal Palace.

The match will take place at Selhurst Park on Tuesday, May 26th.

Dundee FC can also announce that Julian will be the very special guest at our Hall of Fame dinner this year. Full details of the event will be released this week.

Julian joined Dundee during the 2001/02 and made the number 1 spot his own after the turn of the year. Missing out on just one game after New Year he turned out 21 times for the club in his first season.

He was the man between the sticks for the entire 2002/03 season, starting in every game as Dundee finished in the top six of the SPL and also reached the Scottish Cup Final. One of Julian’s crowning moments in a Dundee shirt came in that cup run with a save against Aberdeen which nobody inside Dens that day will ever forget.

2003/04 saw Julian again play 46 times for the club, he had become a fan favourite during his time with the club and was part of the team who played in the UEFA cup.

At the end of that season, Julian moved to join Crystal Palace. Ten years on, Julian is playing week in week out in the English Premiership and already a legend with the London club. He’s been rewarded for his loyalty with a testimonial and Dundee FC were honoured to be asked by Julian to provide the opposition on his special night.

It will be a fantastic occasion with both Palace and Dundee supporters able to show their appreciation to Julian for his hard work and talent he has showcased at Dens and Selhurst Park over the past 14 years.

Further details on the fixture will be released as soon as we receive them.