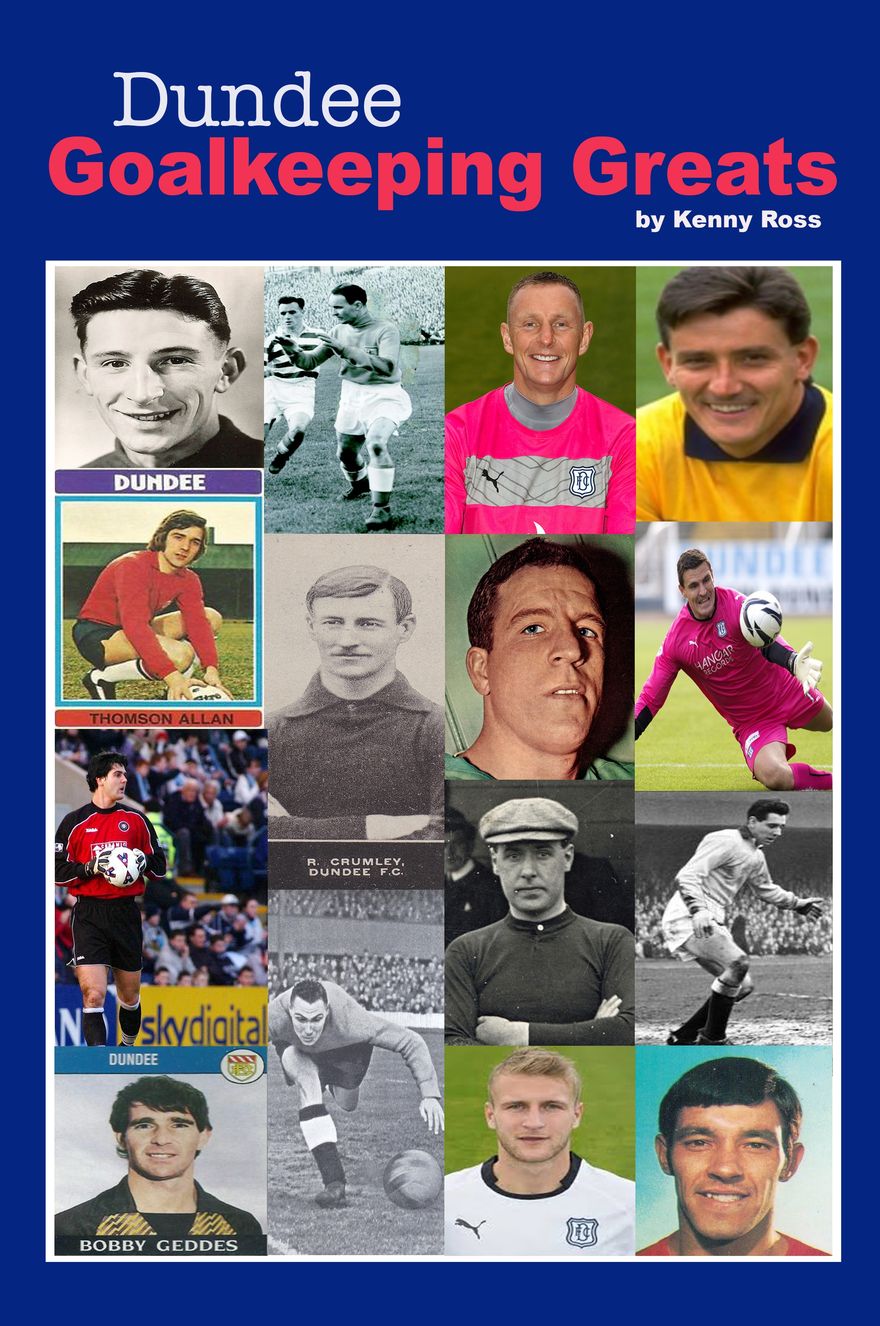 Dundee FC Club Historian Kenny Ross has written a new book entitled Dundee Goalkeeping Greats which is now available as an eBook to download for just £1.99

Dundee Football Club has always had a fine tradition of goalkeeping greats since they were founded in 1893 right up to the present day. The Dark Blue support love their goalkeepers and have voted them player of the year in four out of the last seven seasons and four of them have over 300 appearances for The Dee.

The first time the national side called up a trio of Dundee players in 1894, a goalkeeper was amongst them and Dundee have provided eight goalkeepers for Scotland sides over the years. The 1964 Scottish Cup Final was named after a Dundee goalkeeper while Championship winning goalkeeper Pat Liney is the club’s Honorary President. It’s fair to say that Dundee FC have been more than lucky with the quality of goalkeeper that has been the last line of defence throughout its history.

From Liney to Letheren, from Donaldson to Douglas, from Allan to Anderson, from Marsh to Muir, from Slater to Speroni and from Brown to Bain, this new book is the story of Dundee’s Goalkeeping Greats.

Dundee clean sheet record holder Ally Donaldson has written the foreword for the book and Kenny’s 5th Dundee FC book is available to download from iTunes, eBooks and Amazon for just £1.99