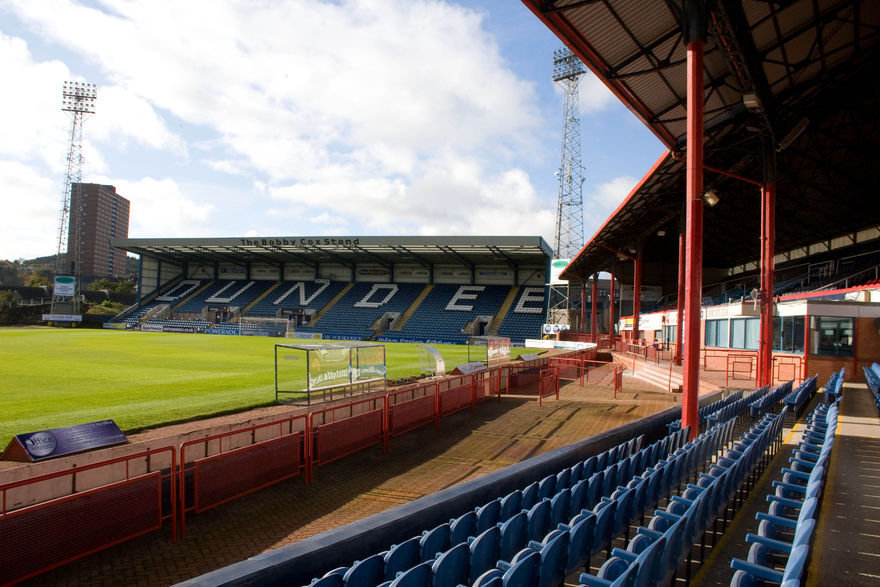 The accounts for the football club for the year ended 31 May 2014 have now been audited. Our year end date changed to 31 May to coincide with the end of the football season; the directors believe this will give all our shareholders and supporters a better picture of the ongoing financial performance of their club. The change took place in 2013 and the comparative figures for 2013 are for a 10 month period.

The full club audited accounts can be accessed using the following link – here.

In our 2013/14 Championship winning season, the club reported a loss for the full year to 31 May 2014 of £820,000, which was a significant reduction from the previous year’s profit. That profit was earned during season 2012/13 when DFC were unexpectedly promoted to the SPL as runners-up in the previous year’s Championship. Notwithstanding this loss, after taking account of the capital injected in the business during the year, the net worth of the company improved by £100,000.

Clearly our cost base did not fall sufficiently in 2013/14, as our revenue following relegation from the SPL dropped by over 18% while our operating expenses actually increased. We had a significant playing budget during the year and a larger management expense than we have now. Plus there were also a number of one-off payments to several members of staff who left the club.

When the current shareholder consortium took over the full management of the club in August/September 2013, the vast majority of the cost base had already been set due to the existing contracts in place for our staff, manager, coaching and playing squads. Although the club finished last season on an incredible high, we did not claw back sufficient gate receipt income to bridge the gap between our cost base and revenue.

The equity capital injection from Football Partners Scotland allowed the club to successfully navigate a path to the end of last season. The subsequent promotion to the SPFL has enabled our young manager to put out a very entertaining and competitive team on the park this season and our current cash flow, although still tight, is considerably better than the year being reported.

We continue to make steady progress as a club and are working hard within a totally debt-free environment to reduce our net balance sheet liabilities and to build our club again on a firm financial footing for the future.

We could not have achieved anything without the incredible, loyal and passionate support of all Dundee Football Club fans. Anyone who was present at Dens Park on Saturday 3rd of May 2014 will understand, what amazing fans we have at this special club. Our thanks go to you all.

The Board of Dundee Football Club.