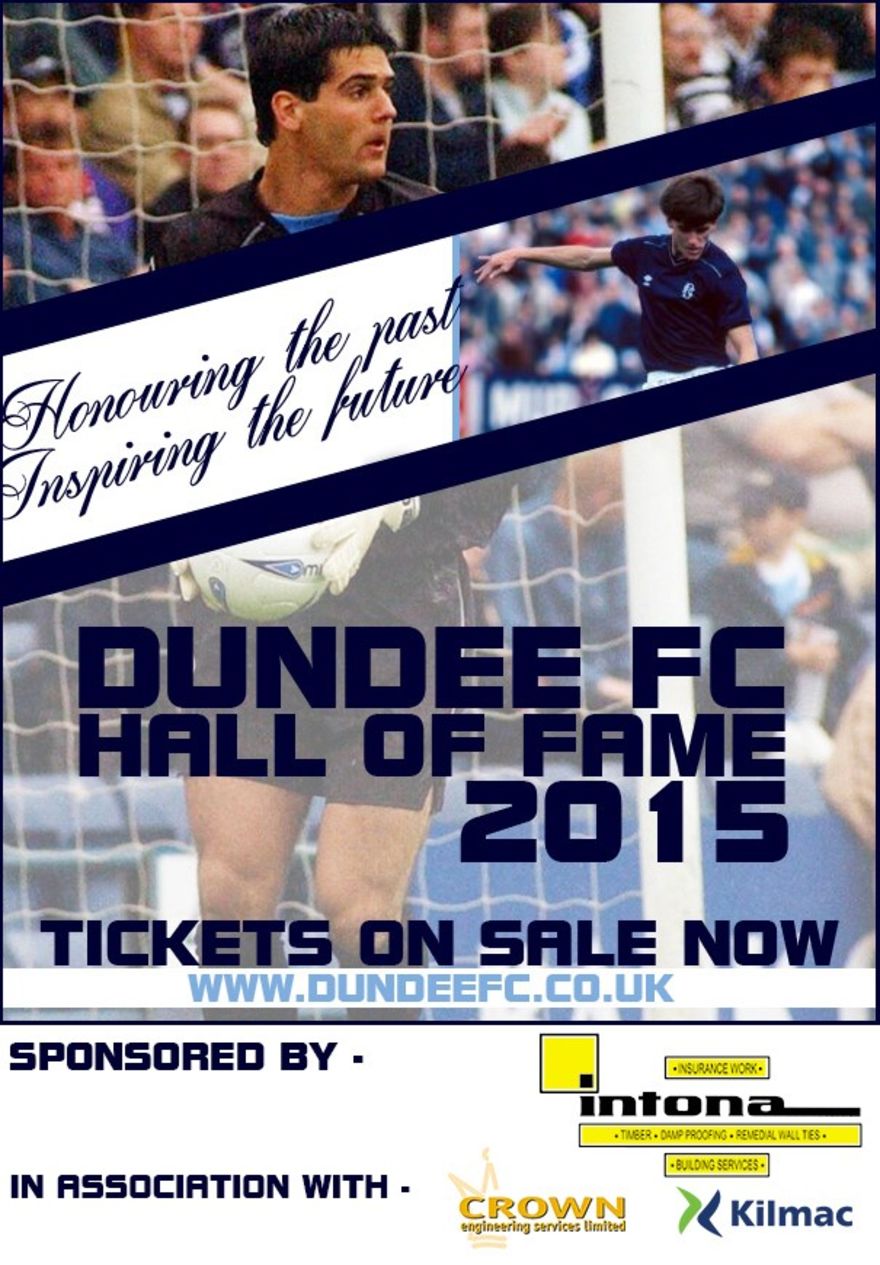 In the Legends Awards category, goalkeeper Bill Brown and striker John Duncan will have the honour bestowed on them by the club.

Bill Brown was one of the greatest Scottish goalkeepers of the post-War period and is a legend at Dens Park as a member of the 1951 League Cup winning side. He represented Scotland in the 1958 World Cup as a Dundee player and his legacy at Dens is 274 appearances, making sixty-two shut outs, winning one major trophy, gaining thirteen international caps at various levels and a host of memories of a keeper who was elastically agile, endowed with remarkably sharp reflexes and never less than impeccable for The Dee. Bill went on to achieve legendary status with Spurs in their double winning side of 1960/61 playing 292 times for the London club up to 1966.

Local boy made good John Duncan was one of the privileged few who got to play for the club he loved and repaid that by scoring goals for fun. In a seven year Dens Park career he scored 109 goals in 188 appearances, including forty in season 1972/73 where he finished as Scotland’s top scorer. The following season he was part of the team to win the League Cup against Celtic at Hampden while in European competition he is revered for his hat-trick against Cologne in 1971 in one of the greatest games Dens Park has ever seen. He was signed by Spurs in 1974, where his goal scoring feats continued, scoring 73 goals in 148 appearances over 5 seasons.

Sandy MacFarlane – a legendary figure in the annals of Dundee FC with a career that spanned over a quarter of a century – will receive the Heritage Award. He was both a player from 1901 to 1913 and as a manager where he had two spells between the Wars. The clever inside-forward made 333 appearances for Dundee, scoring 71 times and his time at Dens saw him win eight international honours, be a Scottish League Championship runner-up three times and was a key figure in Dundee’s 1910 Scottish Cup win.

The Hall of Fame Modern Moment award – a new category introduced this year – will be awarded to the ever popular James Grady. The pint-sized striker etched himself in to Dundee folklore, latching on to a Eddie Annand flick on before producing a stunning half volley that gave Jocky Scott’s Dark Blues a 1-0 victory against Dundee United at Tannadice in November 1998. Playing nearly 100 times for the Dark Blues, he was an integral part of the team that won the Scottish First Division and secured promotion back to the Premier League in season 1997/98.

And lastly but by no means least, Argentinian Julian Speroni – who is travelling up especially for the event – will be presented with the International Award. Signed under freedom of contract from Argentinean side Athletico Platense by Italian manager Ivano Bonetti in the summer of 2001, he quickly established himself as Dundee’s No. 1 and was an ever present the following season under Jim Duffy. He joined Crystal Palace for £750,000 ten years ago and has remained at Selhurt Park ever since, winning 4 Player of the Year Awards and having a restaurant at the Stadium named in his honour.