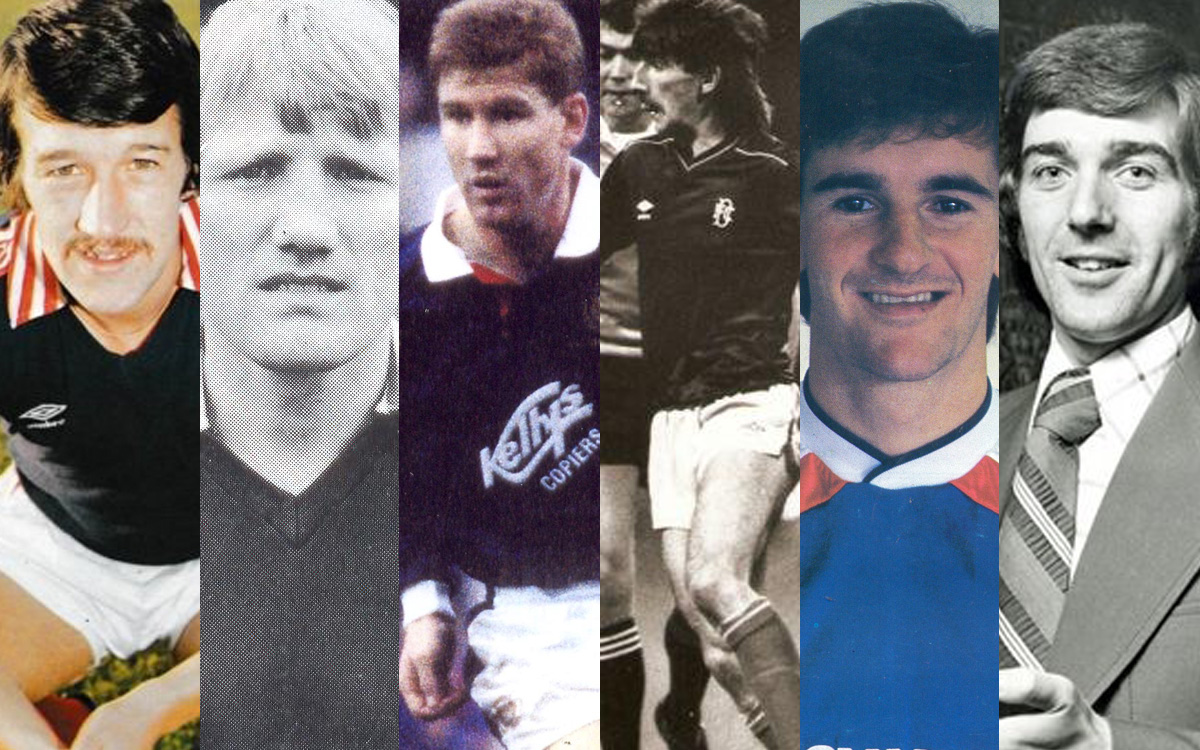 Dundee Football Club are delighted to announce that their eighth Hall of Fame event will take place next year on Friday 14th April 2017 at the Invercarse Hotel, speakers on the evening are Sandy Strang and Alan Rough.

Tickets are £50pp or a table of 10 for £450. If you would like further information or to book your place please email [email protected]

Once more we will be “Honouring the Past, Inspiring the Future” by inducting more legends to join  the 39 already in our Hall of Fame including such Dark Blue heroes as Alan Gilzean, Jocky Scott, Gordon Wallace, Ian Ure, Claudio Caniggia, Bob Shankly, Barry Smith and the Legendary Sir Bobby Cox.

As we have done in previous years we will be asking you, the Dundee support to choose who should be inducted this season with a Legends Award.

Voting closes on Friday the 20th of January.

The Hall of Fame committee have deliberated long and hard about who to nominate this year and have come up with the following list of Dundee greats for you to choose from:

Dundee have had a fine tradition of good goalkeepers over the years and Thomson Allan certainly fits into that category, winning the Scottish League Cup in 1973 and going to the World Cup in West Germany the following year. His finest moment in a Dundee shirt came on December 15th 1973 when Allan was part of the Dark Blue side which won the League Cup at Hampden with a 1-0 win over Celtic and in the twelve match League Cup run, Allan kept a clean sheet in seven of them including in the quarters, semi and final..

He was confidence personified and inspired his team mates with his immaculate handling and wonderful ability to cut out cross balls and is one of the best keepers to have worn the number one shirt for Dundee.

Robert Connor was a classy midfielder who was Dundee’s only Scotland internationalist throughout the entire Eighties and Nineties. In fact from Bobby Robinson in 1975 to Gavin Rae in 2000, Connor was the only Dee to win a cap in that 25 year period when he lined up against the Netherlands in Eindhoven in May 1986. Connor was a clutch of new signings brought to Dens in the summer of 1984 by manager Archie Knox and it was £50,000 well spent to Ayr United as Bobby immediately brought class, skill and creativity to the Dark Blue midfield. New signings Raffety, Connor and Brown formed a potent midfield mix which first showed its potential in a 4-3 win over Dundee United at Tannadice just over a month after joining and he would endear himself further to the Dundee support in the last game of the season with his own derby winner in a famous 1-0 win at Dens in May 1985; The Dees’ first home win over United for six years.

Hailing from Fintry, Cammy Fraser is ‘one of our own’ and an inspirational captain from the early eighties. He joined Dundee in September 1980 when they were bottom of the First Division and by the end of the season his drive and attacking midfield flair helped Dundee win promotion and to a national cup final after scoring the winner in the League Cup quarter-final away at Premier League champions Aberdeen and a vital equaliser in the semi against Ayr. He also played his part in the First Division title winning campaign in his second spell in 1992 and was a terrific player who gave his all every time he pulled on a dark blue shirt.

Tosh McKinlay was a wonderfully, classy left-back with attacking flair who served Dundee with distinction in his 204 appearances. He scored nine goals in a Dark Blue shirt and none is more fondly remembered than his stunning goal in a famous derby win over Dundee United at Tannadice in 1984 for which Dundee fans are forever grateful. His record in the derby of seven wins and six draws help cement his Dark Blue popularity and the Dundee fans were proud to see him go on and represent Scotland at both Euro 96 and France 98 after leaving Dens.

Eric Sinclair was a player who was wholeheartedly committed to the cause,  played for the jersey and who enhanced his reputation and popularity when he scored the goal which returned Dundee to the Premier Division in May 1981. The tall, blond, predatory striker never gave anything less than 100% during games and was a regular goal getter for The Dee, netting 95 times in 289 appearances and finishing as top goal in two different seasons. He won the SPFA First Division Player of the Year in 1980/81 when his 22 goals helped Dundee into the top flight and was capped by the Scottish League when he scored against the English League. Sinky’s speciality was shielding the ball with his back to goal and he was also part of the Dundee side which won the 1979 First Division title and played in the 1980 League Cup Final. Eric also scored in the famous 5-1 win over Celtic in April 1980 and to cap it off scored the only goal against Dundee United earlier the same season; the second time he had scored a winner in the derby.

Keith Wright is a bone fide Dundee legend who scored 75 goals in 197 appearances as part of two successful striking partnerships in his time at Dens. His most renowned was with Tommy Coyne as one half of ‘The Cobra and The Mongoose” who punished Premier Division defences in the later half of the 1980s. Wright finished as Dundee’s top goalscorer on two occasions, scored the two goals that got Dundee to the Centenary Cup Final in 1990 and was the last Dundee player to be capped by the Scottish League. He was also a thorn in Dundee United’s defence with four wins and seven goals against The Arabs and is perhaps most fondly remembered for his hat-trick against United in a famous 4-3 derby win in August 1989

Dundee Football Club is proud of its history that has developed ever since it became the first professional football club founded in the city in 1893. That 123-year history has not been achieved by time but by the achievements, star quality and inspirational characteristics of the players and management who have served our great Club and the Hall of Fame gives the Dundee support the chance to honour these achievements of the city’s Premier club once again.

We invite Dundee fans to vote for who they would like to see inducted this year with a Legends Award by emailing [email protected] or by handing in your vote in an envelope to Dens marked “DFC Hall of Fame 2017”. 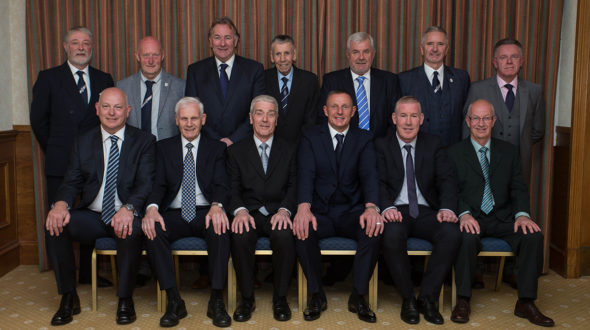 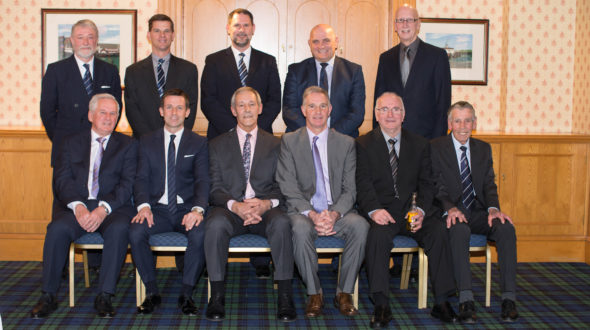 Hall Of Fame Tickets Now On... 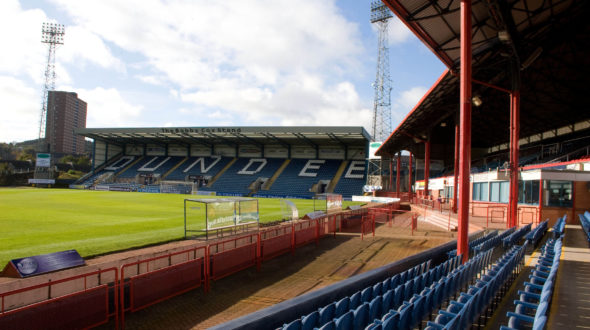