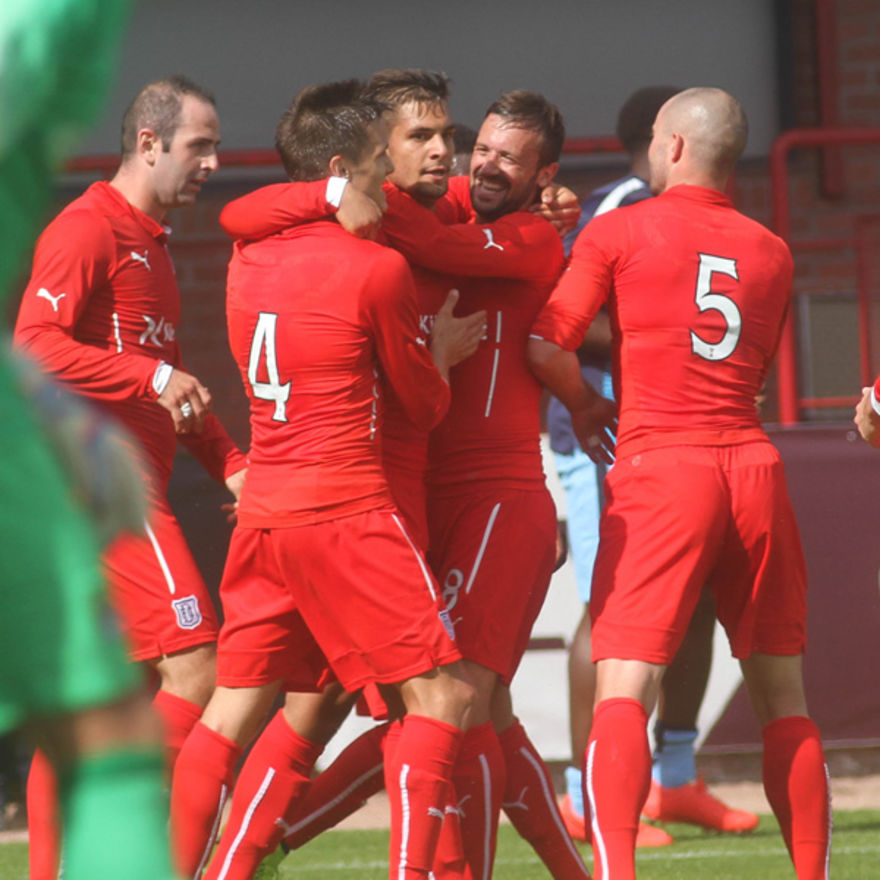 Dundee’s pre-season campaign got off to an enjoyable start at a sunny Dens Park as the Dark Blues earned an eye-catching 2-0 win over English Premier League champions Manchester City. First half goals from Gary Harkins and trialist Luka Tankulic won Dundee the Angus Trophy Centre Cup. City made nine changes at half time, but their second half team couldn’t pull the Dee back.

The visitors were a long way short of full strength, but there were still plenty of top class players on display, and the Dundee defenders will take pride from keeping a clean sheet against big names like Negredo, Navas, Nasri and Sinclair.