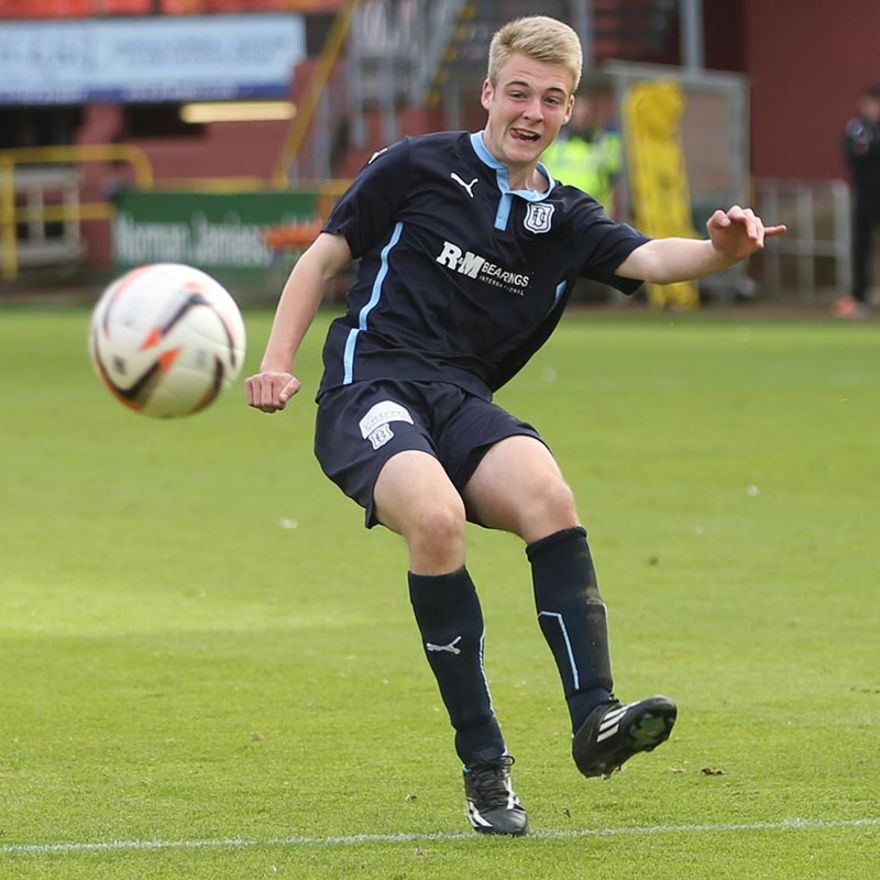 A very young Dundee side comprising mostly 16 and 17-year-olds travelled to Dingwall on Wednesday to face Inverness Caley Thistle who boasted two overage players, one of them being Ibra Sekajja, signed recently from Crystal Palace.

And what a start the young Dees made! Two goals up in the opening five minutes, courtesy of Lee Cameron and Josh Skelly, both goals being set up by Ryan Gemmell.

Calvin Colquhoun then shot over the bar from 20 yards as the Dens men dominated. Skelly twice came close to adding to Dundee’s lead, firstly when played in by Andy Black and secondly when Max Avolio’s pressure forced left back Liam Polworth into a dodgy passback which Skelly pounced upon. Unfortunately, the young striker hit the legs of the Caley keeper and the danger was cleared.

At the other end, Kerr Waddell made a great saving tackle when Caley beat the Dees’ offside trap in a rare foray upfield.

Dundee should really have put a lot of daylight between themselves and their opponents, but had to settle for a two-goal half time lead.

Dundee started the second half brightly with Waddell heading a Cameron corner just wide, but the home side began to come into the game more.
Ross Cunningham came on for Skelly after 55 minutes as Caley’s pressure intensified.

Kyle Gourlay could only parry a shot from Caley’s number 9 but Greg Warwick was on hand to mop up the danger.

Gourlay then made a good save from Sekajja. The former Palace man was giving the Dens back four a hard time and must have impressed watching Caley manager John Hughes.

Sean Gallacher then came on for Ryan Lamond, slotting in at left back and allowing Warwick to move further upfield.

Inverness had a strong claim for a penalty as Sekajja went down in the box and Black, Gallacher and Warwick all had to defend well to keep the home team out.

However, Caley Thistle did reduce the deficit 13 minutes from the end when Ryan Baptie’s 20-yard free kick beat Gourlay.

Another free kick, this time taken by Polworth, sailed past Gourlay’s left hand post and Jason Brown saw a 25-yard effort go over the bar.

Dundee could have sealed it in the closing minutes with two breakaways but couldn’t convert and had to survive a few more nervous moments as the clock ticked down. 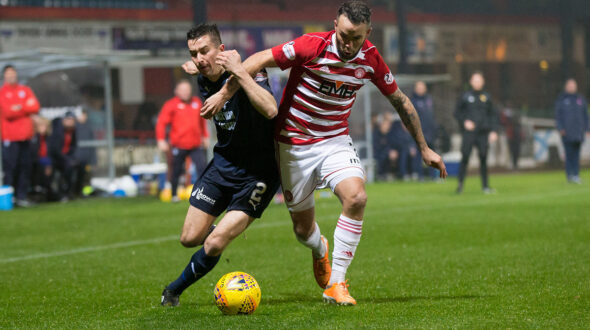