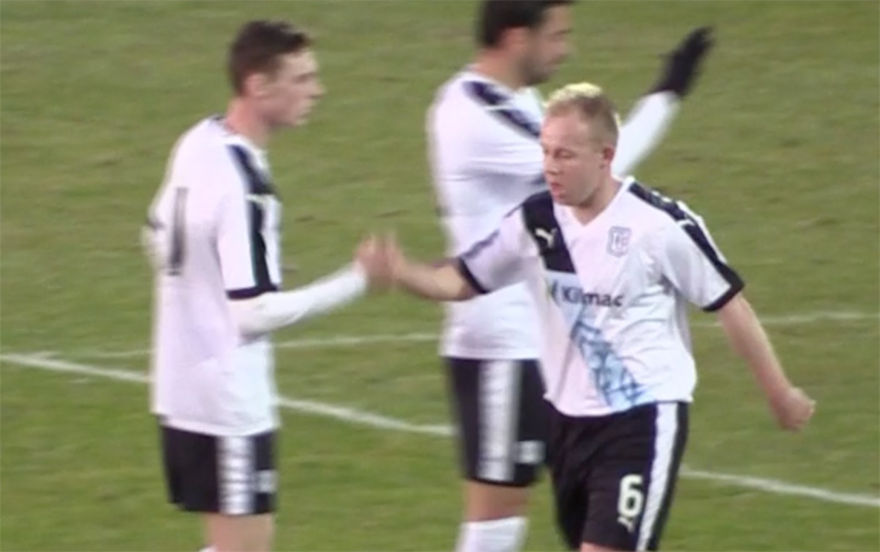 Dundee ran out comfortable winners in the first of two matches against Rangers in the SPFL Development League this week.

The first of the double header took place at the Cheaper Insurance Direct Stadium in Dumbarton on Monday evening.

Rangers had the better of the first half but agains the run of play Dundee took the lead.

Arturo’s pass found Nicky Low who was composed infront of goal and lifted it over Rangers keeper McCrorie to put Dundee in front.

Shortly after it was 2-0, a mix up in the Rangers box saw the ball break for Jesse Curran, his shot was saved by the legs of McCrorie but Ryan Gemmell arrived to sweep the ball home and give Dundee a two goal advantage at the break.

After the break, Low all but ended the match as a contest with a drive from 35 yards flew into the net only two minutes into the half.

David Mitchell had been called upon in the first half and was again in the second, pulling off two fantastic saves.

Another mix up at the back gave Dundee a fourth goal. A high back pass to the keeper was chested down but under pressure from Wighton his clearance only found Arturo, unmarked in the area and the Spanish striker finished through the legs of McCrorie.

Rangers hit back late on with two goals in the final five minutes but it was too little too late for the hosts and Dundee left Dumbarton with all three points.

The teams meet again at Links Park Montrose on Thursday at 2pm.