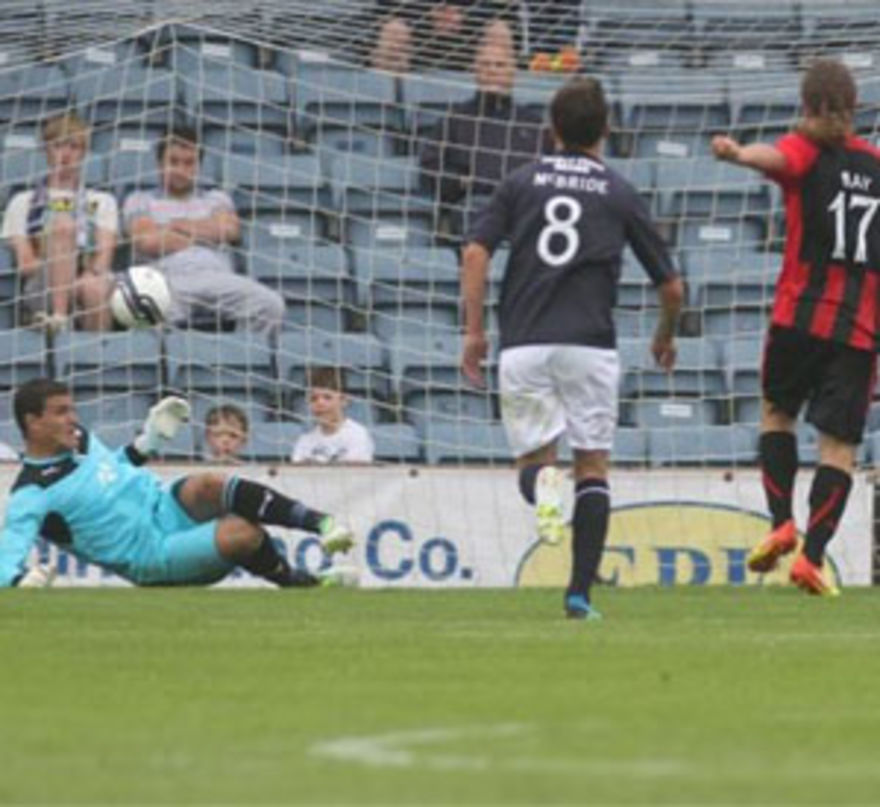 Stevie May gave Saints the lead early in the first half but Dundee hit back through Carlo Monti after he finished from close range following a Peter MacDonald knock down.

In the second half, Kyle Letheren was called into action when May was brought down in the box by Iain Davidson. May stepped up and Letheren saved the spot kick with his legs.

May almost made up for his penalty miss when he danced his way through the Dundee defence but found Letheren in good form again, rushing from his goal to produce another stop.