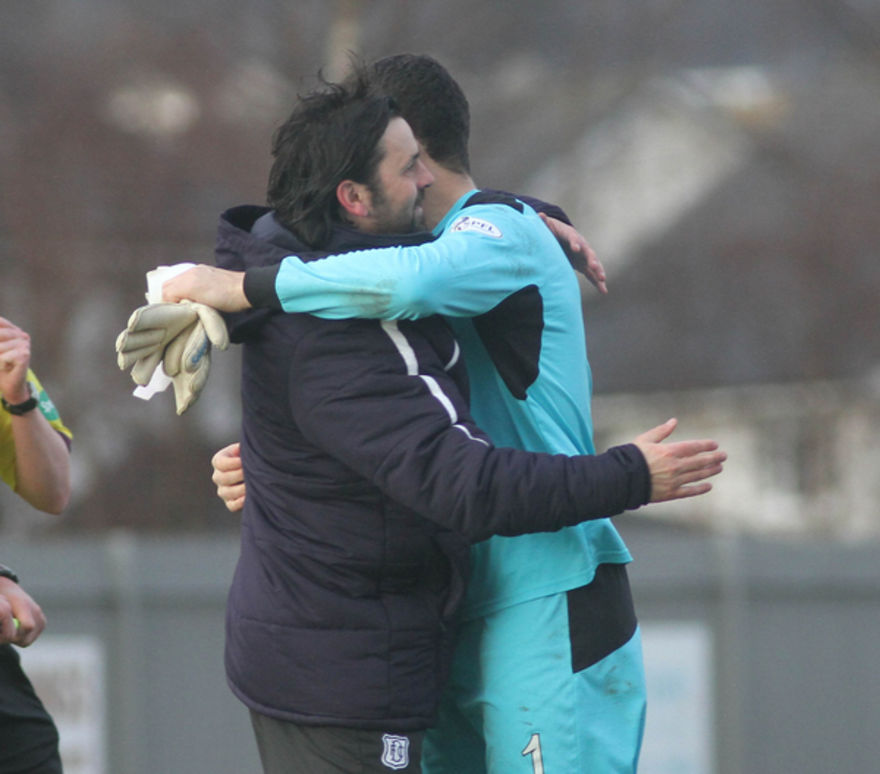 Dundee picked up another three points in their hunt for promotion at Dumbarton thanks to a Peter MacDonald strike and a Kyle Letheren penalty saved.

It wasn’t a great performance by The Dark Blues and the home side had the best of the first half. Even having a goal ruled out for a foul.

Peter MacDonald came on as a second half substitute and with 8 minutes left, swept home the ball from the right following The Sons keeper Stephen Grindlay’s header not being clear properly.

Two minutes later it looked like Dumbarton would take something from the game when a penalty was given but Letheren stood up well and pushed it away.