DEE THROUGH IN RAMSDENS 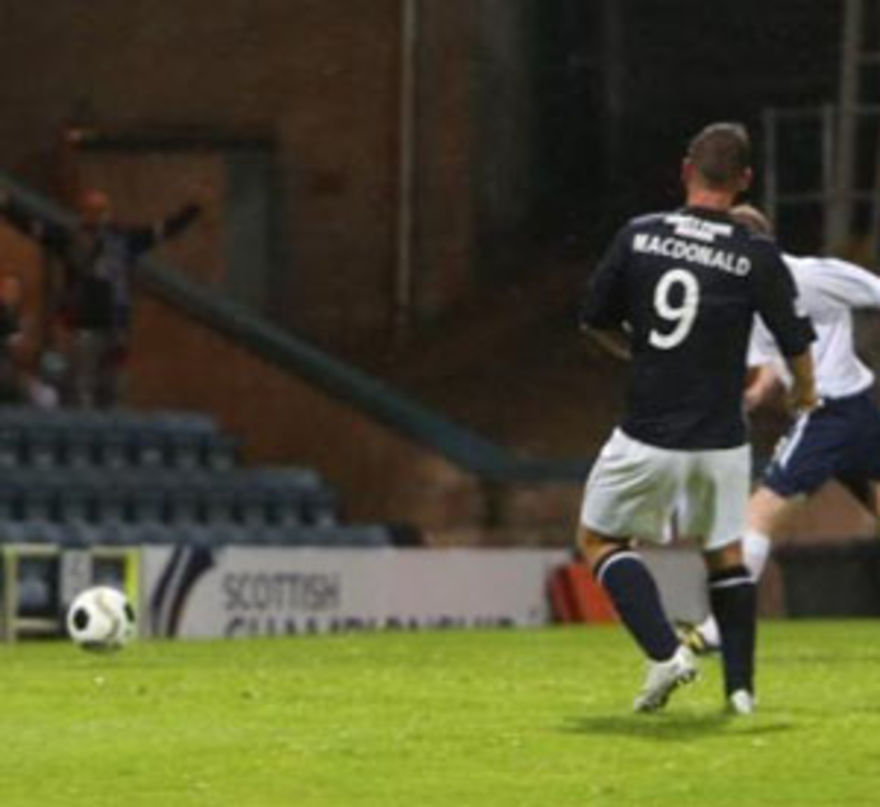 Dundee needed a stroke of luck plus extra time to see off Forfar in the Ramsdens Cup tonight at Dens.

Forfar defended well throughout the 90 minutes and limited to Dundee to very little chances. Darren Dods and Stuart Malcolm were the stand outs in the Loons defence and the latter gave Forfar the lead early in the second half through a header after and Iain Campbell corner.

Dundee got a stroke of luck when Kevin McBride’s shot found its way through ex Dundee keeper Rab Douglas’s hands and the tie went to extra time.

Shortly after the restart, substitute Peter MacDonald fired home a free kick from 30 yards. His effort found the top corner and gave Douglas no chance.

As Forfar pushed on to try force penalties Dundee broke away through Carlo Monti who squared the ball to MacDonald to side foot home his second to seal the match.