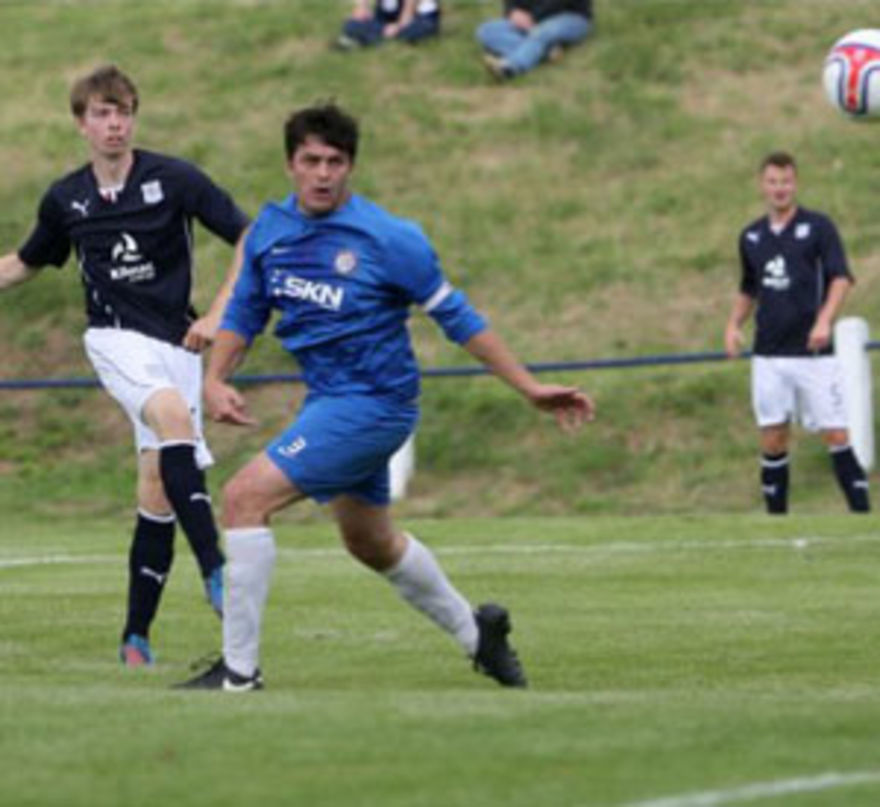 Dundee came through their final match of pre season with another victory at Thomson Park against Lochee United this afternoon with a 4-1 win.

The win means Dundee have come through pre season without a defeat ahead of the league season getting underway next weekend.

Both sides had chances in the first half but neither could find a break through until in the second period.

It was Dundee who took the lead when Steven Doris turned home with an overhead effort after a free kick from the right.

Craig Wighton made it two with a delightful goal soon after when he side stepped his man before curling in at the far post.

Martin Boyle was next to strike. Taking advantage of slack defending after Willie Dyer’s long ball, Boyle nipped in before rounding the keeper and stroking into the empty net.

Ex Dundee youth Jon Voigt pulled one back for the home side but Doris headed home at the front post from a Jamie Reid corner to complete the scoring.