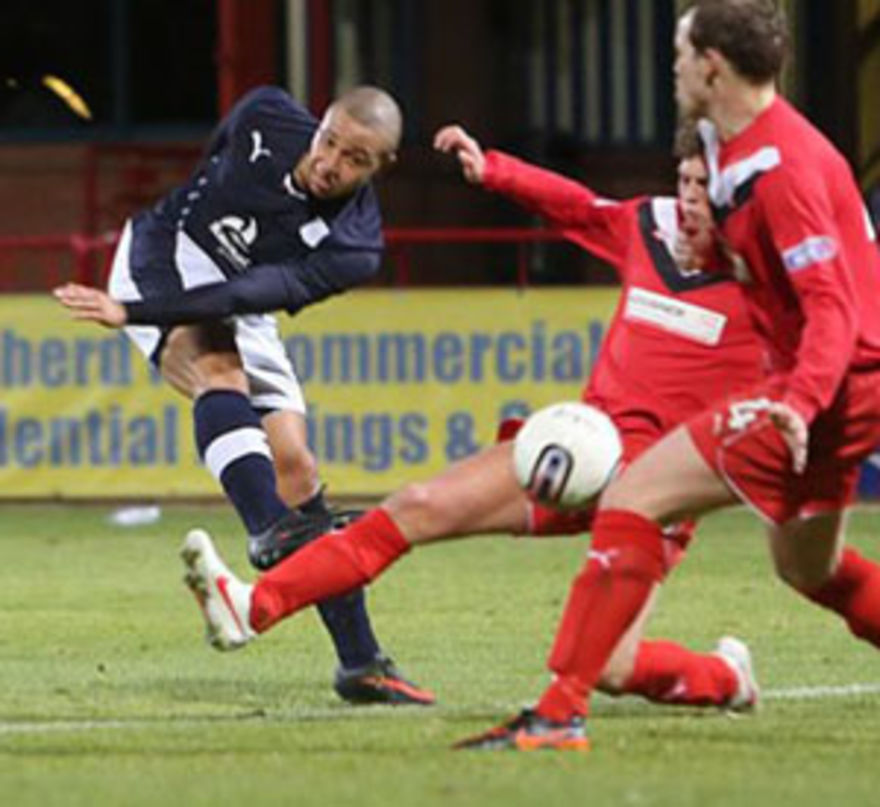 Dundee eased to a comfortable victory over visitors Airdrie in this Reserve League match at Dens Park on Tuesday night.

The home side were first on the attack after just four minutes when Carlo Monti’s ball across the face of the Airdrie goal was only just missed by Steven Doris. The visitors retaliated with a shot from Aiden Ward, but his effort went sailing over John Gibson’s bar.

Dundee went ahead on 14 minutes when, from Monti’s cross, Doris hit the underside of the bar with a header. Fortunately, when the ball came down, Leighton McIntosh was on the spot to prod it home from close range.

A good move between Doris and Martin Boyle ended with a 25-yard shot from Boyle which was beaten away by Airdrie keeper Jonny Grier.

On 34 minutes the Dark Blues increased their lead, Boyle racing on to a Carberry pass to slip the ball under the keeper.

Monti and Boyle were posing real problems on the wings for the Diamonds’ full backs and, from another Monti cross, Doris just failed to connect with a diving header.

At the start of the second half Sivewright went on a mazy run, beating three defenders, before being dispossessed on the edge of the penalty area.

Dundee were awarded a free kick on the edge of the visitors’ box for a foul on Calvin Colquhoun and Monti’s free kick was beaten away by Grier. However, the keeper was given no respite and a minute later the Dens men increased their lead. Monti was the provider on 56 minutes when his dangerous cross was knocked over the line by young defender Matty Allan.

Monti then put McIntosh through but the ball caught under his feet and he could do no better than fire it over the bar.

Boyle and Doris then combined for a stunning fourth goal. Boyle cut the ball back to Doris on the edge of the penalty area and his rocket shot gave Grier no chance as it flew past him and into the net.

Airdrie grabbed a consolation five minutes later when Reece Lowdon’s speculative cross was deemed to have crossed the line before Dundee keeper John Gibson could take it.

An injury to Sivewright saw him replaced by John Black and McIntosh was also replaced by Sunday’s two-goal hero Lee Cameron.