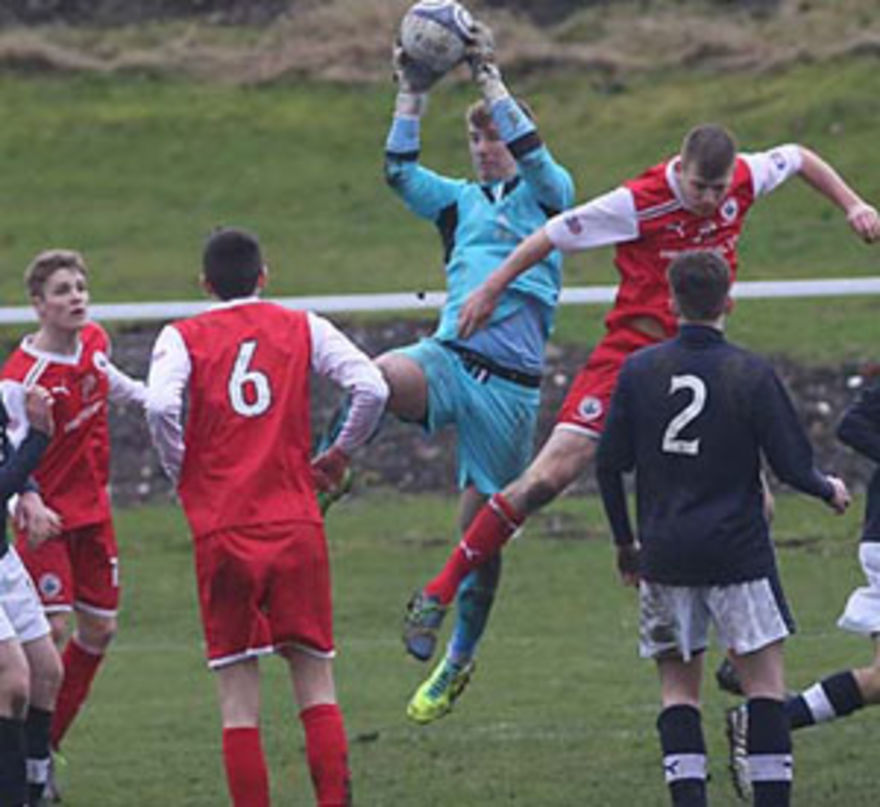 This was a game of few chances as the Dark Blues and The Binos fought out a goalless draw at Craigie Park on Sunday afternoon.

The visitors had a penalty claim in only the second minute when Sandy Cunningham went down in the box but the referee had spotted an earlier foul by the striker.

After that the game went dead for a while with both sides cancelling each other out.

Then the dangerous Cunningham burst through the home defence on 22 minutes but was denied by a good tackle from Jack Neave.

A minute later, fellow Albion striker Derek Murray had the ball in John Bonnar’s net but it was disallowed by the referee.

The closest Dundee came in the opening 25 minutes was when Josh Skelly fired over from 20 yards.

Albion threatened again and only a terrific interception by Cammy Black on Murray prevented a goalscoring opportunity. On 35 minutes Dens full back Liam Gibb came to the rescue with a goalline clearance from a corner.

Four minutes before half time Bonnar pulled off a great save, diving low to his left to grab a Murray header.

Although the visitors had created the better chances the young Dundee side had held their own, with skipper John Black and Calum McHardy impressive in midfield and Neave, Cammy Black and Sean Gallacher performing well in defence.

A delightful ball from Greg Warwick created an early chance for John Black but the Albion keeper was out quickly to foil the home captain.

Coach Gavin Burns replaced Robbie Casey with Kerr Waddell 10 minutes into the second period as Dundee pressed for the opener.

Skelly drove into the box and stung the keeper’s hands with a fierce drive and, a few minutes later, the striker weaved his way past a couple of defenders only to see his shot blocked.

On 64 minutes Dundee brought on Alex Gibb for Greg Warwick and the home side continued to push forward with Skelly firing over the Stirling bar from the edge of the penalty area.

However, it was Albion who came closest to breaking the deadlock with a header that came down off the underside of the bar. Fortunately for the Dark Blues John Black was on hand to clear but the ball only travelled as far as Cunningham and his effort went narrowly wide of Bonnar’s right hand post.

At the other end Skelly was proving a handful for the Binos defence and he was unlucky to see a shot travel across the face of the goal without finding any takers to turn it into the net.

Seven minutes from the end Dens keeper Bonnar earned his side a point when he brilliantly fingertipped a goalbound header over the bar.