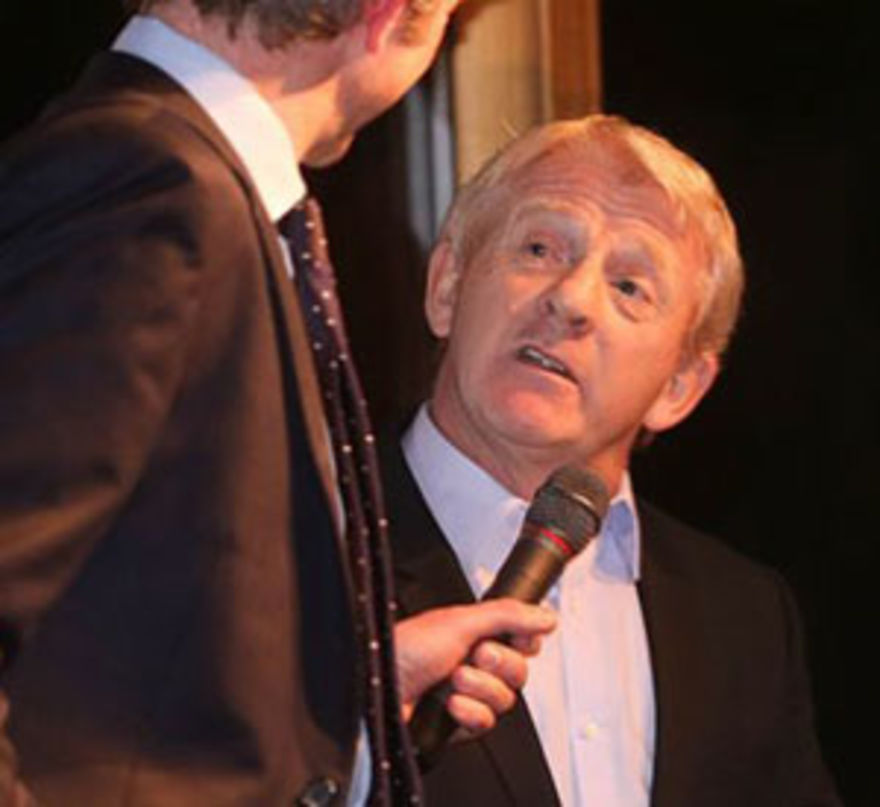 Dundee Football Club were delighted to welcome the Scotland national team manager Gordon Strachan to our 1973 Hampden Heroes Dinner at the Invercarse Hotel on the 40th Anniversary of winning the League Cup.

Gordon of course not only started his football career at Dens Park but was also a member of that 1973 squad and made one appearance in that victorious League Cup run when he came off the bench at Firhill in a 3-0 sectional tie win over Partick Thistle on August 15th.

The more things change in Scottish football, the more they stay the same and for Dundee Football Club, this certainly seems to ring true. Over the years the Dundee fans have had to watch a conveyor belt of nurtured talent leave Dens for a fraction of their worth and Scotland manager Gordon Strachan was one of those, when the Dark Blues let their young captain leave, simply to allow the club to survive.

“There was nothing remotely glamorous about Dundee Football Club behind the scenes, especially when it ran into serious financial difficulty following relegation”, Strachan wrote in his biography My Life in Football.

“There were fears we would have to go part-time. It was like the footballing equivalent of ‘I’m a Celebrity Get Me Out of Here’. The players’ training kit – including our pants – was only washed once a week on a Friday. After we had trained in it on Tuesday, Wednesday and Thursday, often in terrible conditions, you can imagine what sort of state it was in by the end of the week”

The financial situation for Dundee was dire following relegation from the inaugural Premier Division in 1976 and after failing to achieve promotion at the first attempt, Dundee were forced to sell their undoubted star Gordon Strachan to simply stop the bank closing the doors at Dens.

The then chairman Ian Gellatly went to manager Tommy Gemmell on Halloween 1977 and told him that the club had to raise £50,000 by the end of the week or the bank would foreclose and in Gemmell’s autobiography Lionheart he recounts the events.

“On Monday morning the chairman said to me ‘We need £50,000 by Friday’. The bank had told him that unless that unless they received that sum of money, they would close the doors of Dens Park. Billy McNeil, who was manager of Aberdeen, had been doing a wee bit of sniffing after Gordon Strachan but I told him Strachan was not available because I knew that if we won promotion to the Premier Division, he would be able to shine at that level. So I phoned Billy up, told him the situation at Dundee, said I would sell Strachan to raise the necessary funds but made it clear he would not be getting him for £50,000; he would need a lot more to purchase the player. After some negotiations we received £85,000 plus Jim Shirra. The money went straight into the bank and Dundee survived to fight another day.”

Gordon David Strachan was born in Edinburgh on February 9th 1957 and raised between a rock and a hard place, Strachan’s Edinburgh was not the craggy outcrop-cum-tourist trap where the castle stands but more something out of the movie Trainspotting on the tough Muirhouse estate. By five he was Hibernian-mad and playing in mass street games and in 1971, when he was a coveted schoolboy international, he was still starring in one such epic at 10.30pm when a Manchester United official arrived at his home. The promise that George Best would be waiting to greet him was meant to be the clincher but showing the principled, stubborn streak that would surface in later years, Strachan sent him away as he had given his word to Dundee.

When Gordon arrived at Dundee from Edinburgh Thistle, there was little doubt about his ability as the wee-ginger haired midfielder was a ‘tanner ba’ player from the old school and was admired by all for his ball skills.

Despite some question marks over his slight frame, Gordon made his debut for Dundee as a substitute in the first game of the 1973/74 season in a Drybrough Cup tie at Dens against Raith Rovers but the teenager found it tough to break into the side that would win the League Cup that campaign and made just one further appearance from the bench a fortnight later.

But the fiery midfielder was fast earning a reputation as a brilliant player in the second team, twice winning the Scottish Reserve Player of the Year Award and being at Dens was not just a football education for the flame-haired youngster but it was also an education in life.

Progress was made the following season with a couple of first team starts and as one paper roared “Dundee find new Billy Bremner”, maturity off the pitch was slower in arriving. Caught in the act of quaffing Carlsberg after a Scotland youth match in Copenhagen, he was banned from international duty and another boozy binge with Jimmy Johnstone, the former Celtic winger, ended when they literally ran into their incandescent Dundee manager in his hotel in Errol!

“I had to look after myself at Dundee”, said Strachan in a Celtic online interview in 2009. “I had moved into digs there when I was fifteen so I had to grow up there quickly. I had to learn to handle the mistakes I made myself.”

Still staying in Edinburgh when he first signed, wee Gordon caught the train to Dens on a daily basis and his travelling companions George Stewart and Bobby Ford were known to make the naïve youngster go and get the teas from the buffet car and regularly relieve him of his wages at cards.

But he was thriving from the coaching at Dens and told the Celtic Mad website on the eve of his Celtic side’s Scottish Cup tie with Dundee in January 2009 that, “I picked up a lot of good habits there from a coach called Hugh Robertson – he had been a left-winger for Dundee’s Championship side and was fantastic. So I got good coaching there too. I watched a lot of good players there – Jocky Scott, Gordon Wallace, John Duncan, Dougie Houston – it was a fantastic place and I picked up a lot of good habits.”

In August 1975, Strachan outshone Alan Ball in midfield in a pre-season friendly against Arsenal at Dens and the England World Cup winner made a point of shaking the hand of the eighteen year old when Gordon was substituted in the 2-1 win. He had now more than staked his claim for a regular berth in the new ten-team Premier Division.

Despite his contribution of six goals in thirty-one starts, Dundee were relegated along with St Johnstone at the end of the season and he made an even greater contribution the following year featuring in forty-two of Dundee’s forty-eight matches, scoring eight goals. It wasn’t enough to help take Dundee back up however as they finished third in the First Division behind St Mirren and surprise packets Clydebank.

To everyone it was obvious that the 5ft 6in midfielder was Dundee’s key man and at the start of the 1977/78 season, the Dens starlet was appointed club captain, becoming the youngest player in The Dee’s history to holds that honour. His sparkling form earned him a place on the bench for Scotland Under-21s against Switzerland but the skilful Strachan was becoming a target for some rough treatment, forcing manager Tommy Gemmell to complain that his youngster was “being kicked out of the First Division.”

On October 29th, Strachan starred in the 1-1 draw with Hearts at Dens but within days he was away to Aberdeen after the bank’s demands and his departure for a relatively small fee would later be cause for bitter regret.

It was no surprise to anyone who saw him playing at Dens that he would go on to play in two World Cups, win fifty international caps, the European Cup Winners’ Cup and Super Cup, two Premier Division titles, three Scottish Cups, one English League title and an F.A. Cup. He would be named Scottish Football Writers’ Player of the Year in 1980 and the English P.F.A. Player of the Year twelve years later in a playing career that would last until he was forty.

Strachan was linked with the vacant Dundee managerial job in the summer of 1988 as player/manager but he later took that role at Coventry eight years later, which kicked off a successful managerial career. Strachan led Southampton to the F.A. Cup Final in the same year Dundee played Rangers at Hampden in the Scottish equivalent and led Celtic to three S.P.L. titles, two League Cups and one Scottish Cup as well as winning the S.P.F.A. Manager of the Year, three out of his four years at Parkhead.

An unsuccessful short stint at Middlesbrough followed his spell in Glasgow’s East End and after a break from the game, where he shared his famous ‘Strachanisms’ as a TV pundit he is now back as manager of the Scotland. He restored the nation’s pride with a great end to the faltering World Cup campaign he inherited and now builds towards the 2016 European Championships in France with confidence .

“I loved my time at Dundee. I spent about five years laughing. Maybe I enjoyed myself too much there but it was fantastic”, Gordon recalls and the Dundee fans loved watching him turning out in the famous dark blue shirt. They knew they were watching a prodigious talent who was going to make it big in the game and like so many others in Dundee’s history, it is a regret that he didn’t do it with Dundee through no fault of his own. 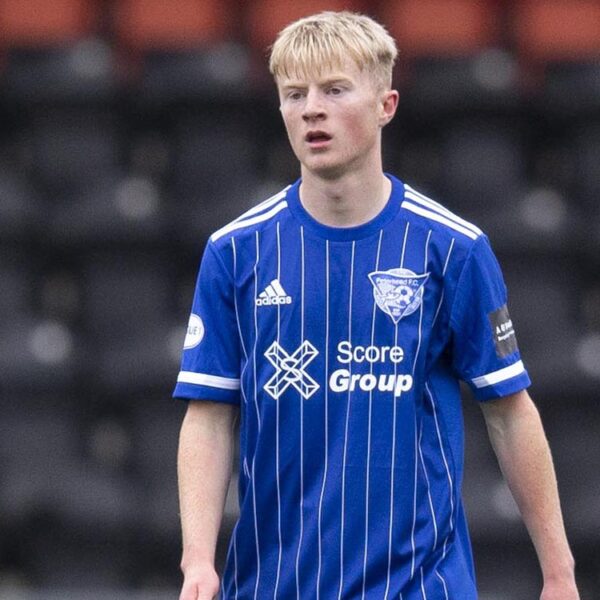 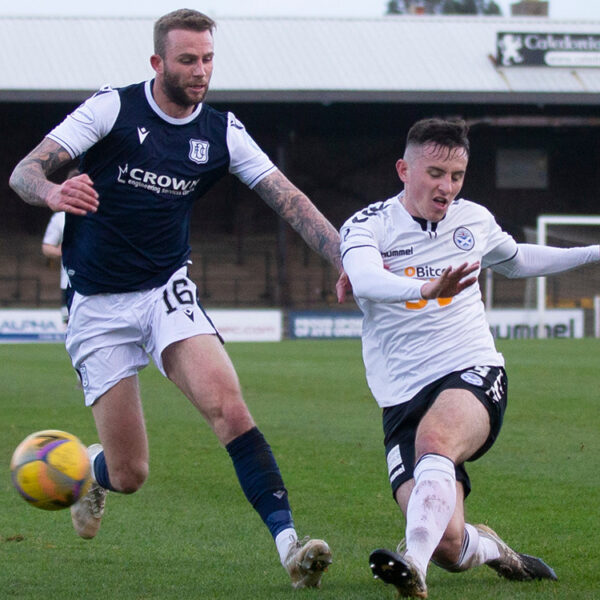