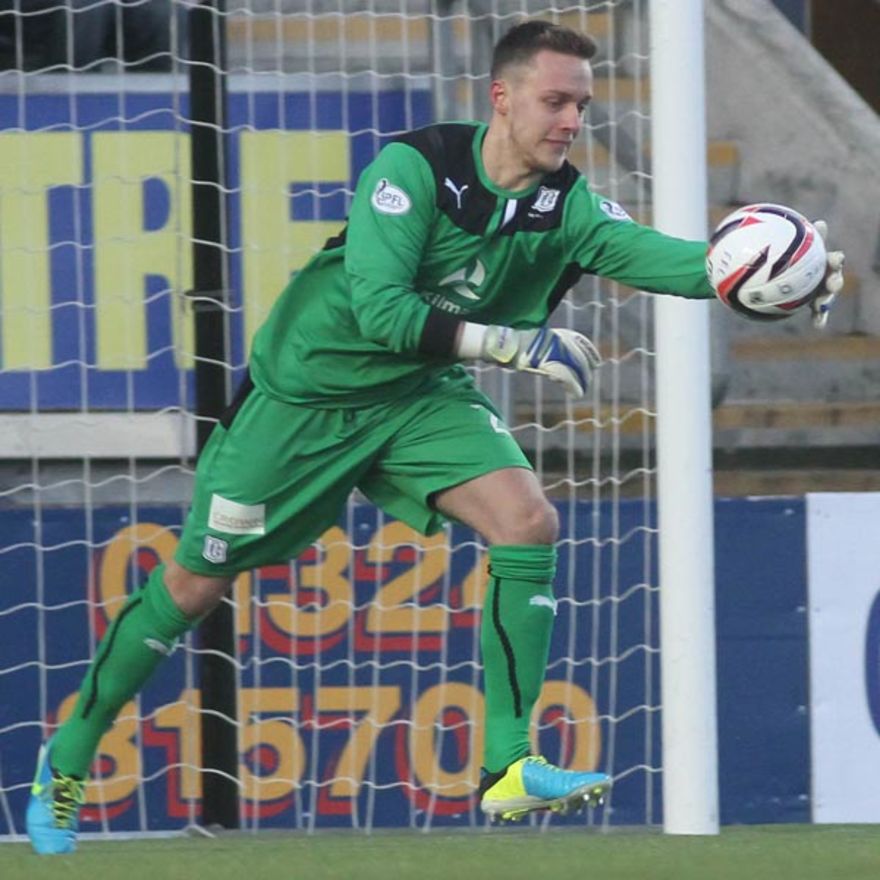 Dundee can confirm that goalkeeper Dan Twardzik has moved on from the club with Motherwell confirming on their website that he will join them in the summer.

Dan featured twice in the SPFL Championship winning campaign. Due to the excellent form of Kyle Letheren, the Czech born goalkeeper’s chances were limited.

His first appearance came in January when Letheren was sent off away to Falkirk. Dan had the best possible start making a penalty save with his first touch for the club. Falkirk went onto take all three points and Dan kept his place the following week.

At home to Alloa, Dan looked set to keep his first clean sheet for Dundee but a goal with the last kick of the ball meant Alloa snatched a point.

Dan was a regular for the Reserve side throughout the season and showed his talent when he was loaned to Premiership side Motherwell in December of last year. With the Steelmen, Dan was part of the side who won five in a row with him claiming three cleans sheets and only conceding two goals during that impressive spell. Motherwell went on to finish 2nd in the top flight.

The club would like to thank Dan for his efforts with the club and wish him all the best for the future.