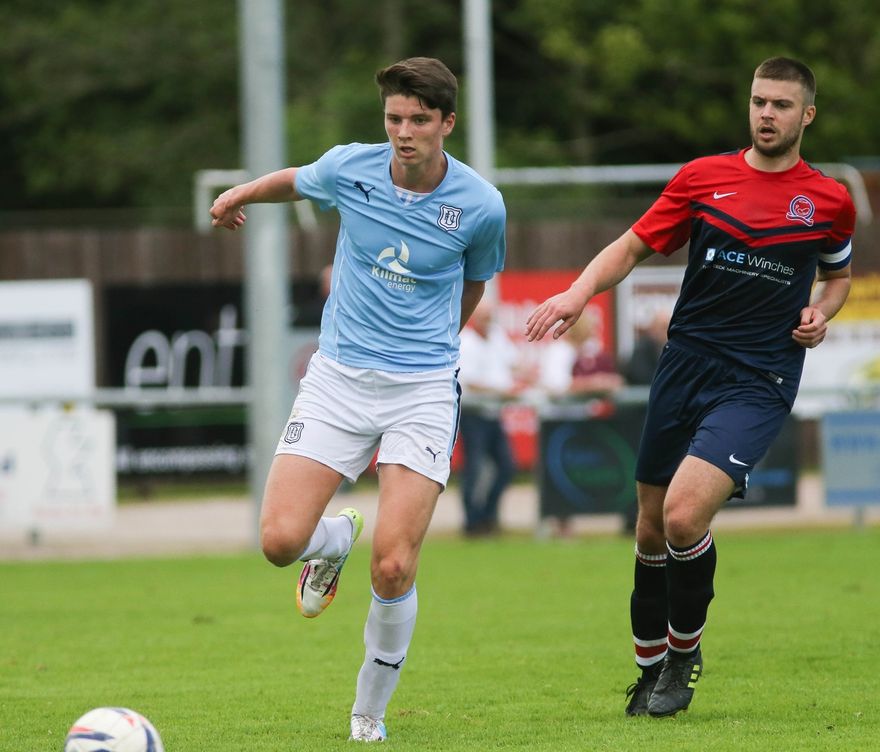 A spirited second half performance earned Dundee’s Under 20s their fourth away win in a row against third top St Mirren.

A series of corners almost led to the opening goal but Kerr Waddell’s header took a touch off a defender for another corner kick.

That was about it for the first half as far as pressurising Buddies’ keeper Reece Willison as the home side took control of the game.

Tricky front players Lewis Morgan and Jaison McGrath were troubling the visiting defence and the pair combined to give Saints the lead after only 10 minutes, Morgan providing an inch perfect pass to McGrath to fire home past David Mitchell.

Sean Gallacher had to be replaced on 20 minutes by Liam Gibb who went on to have a fine game.

The home side looked likely to add to their lead and Mitchell was relieved to see another McGrath shot come back off the post.

The Dark Blues struggled to apply any real pressure on the home defence and were no doubt pleased to get to the break only one behind.

However, it all changed in the second half with Dundee taking the game by the scruff of the neck and Nicky Low forced a good save from Willison with a 25-yard effort.

Greg Warwick had replaced Darryll Meggatt at half time and he was instrumental in the equaliser on 70 minutes. Mitchell pulled off a terrific save from Morgan and when the ball was played upfield Warwick and Low combined to win possession, setting Low off towards goal. As defenders closed him down the midfielder played the ball wide to 15-year-old striker Mark Smith who thumped it past Willison for his second goal in two games.

Five minutes from time the Dens men wrapped up the points with a superb solo goal from Jesse Curran. The young Australian drove forward from the centre circle and unleashed an unstoppable shot past Willison from 25 yards.

Special mention must go to two young Dundee subs, Warwick and Gibb, for their part in the comeback and to Calvin Colquhoun who travelled to Dingwall on Friday and played the 90 minutes, then to Hamilton on Saturday where he was on the bench and then to Paisley on Tuesday where again he played the full 90 minutes. The boy should get travel expenses!