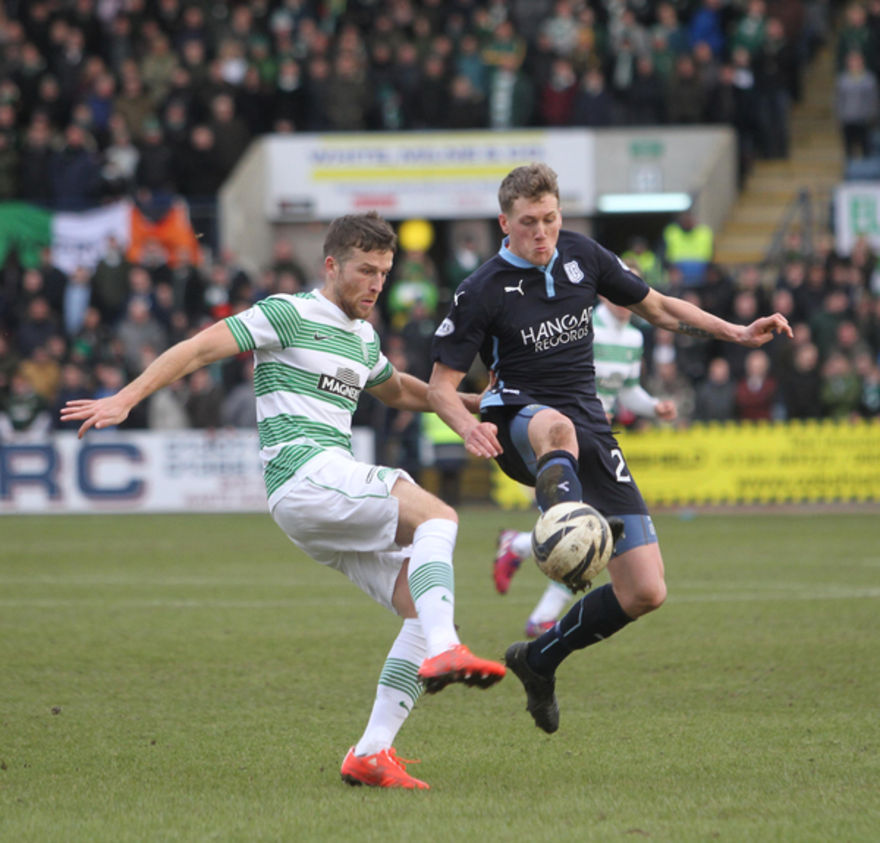 Tonight sees Dundee take on league leaders Celtic at Dens Park in a pre-split match up between two of the top six sides.

Celtic come into the match on the back of defeat in the William Hill Scottish Cup Semi Final and will be looking to bounce back as they close in on the SPFL Premiership title.

The side’s have met twice in the league already this season. In the first outing, the teams shared the points when James McPake’s early header was cancelled out by Leigh Griffiths’ second half strike for the visitors at Dens.

In the next meeting at Celtic Park, Celtic found themselves 2-0 up before David Clarkson pulled one back but The Dee couldn’t find a second despite a great performance.

TICKET INFO
Fans are reminded that the match is all ticket.

Tickets are on sale for the Bobby Cox and Main Stand.
Priced at £25 for adults and £15 for concessions,
Family prices are also available in the Bobby Cox Stand. Adult and one Under 12 £30, 2 adults and two Under 12s £55
Tickets are available from the ticket office in person, by phone on 01382 889966 (Option 1) or via the website www.dundeefc.co.uk and click on “TICKETS”

Please be aware that if you purchase a ticket at either concession, Under 16 or Under 12 price the ticket holder may be required to show proof of age/status at any time on request of Club staff.

A small number of “AWAY” end tickets are on sale at the ticket office.

Fans outwith the UK will be able to tune in for only £5 to watch the action live.
We’ll also have live text updates to keep you up to date direct from Dens.