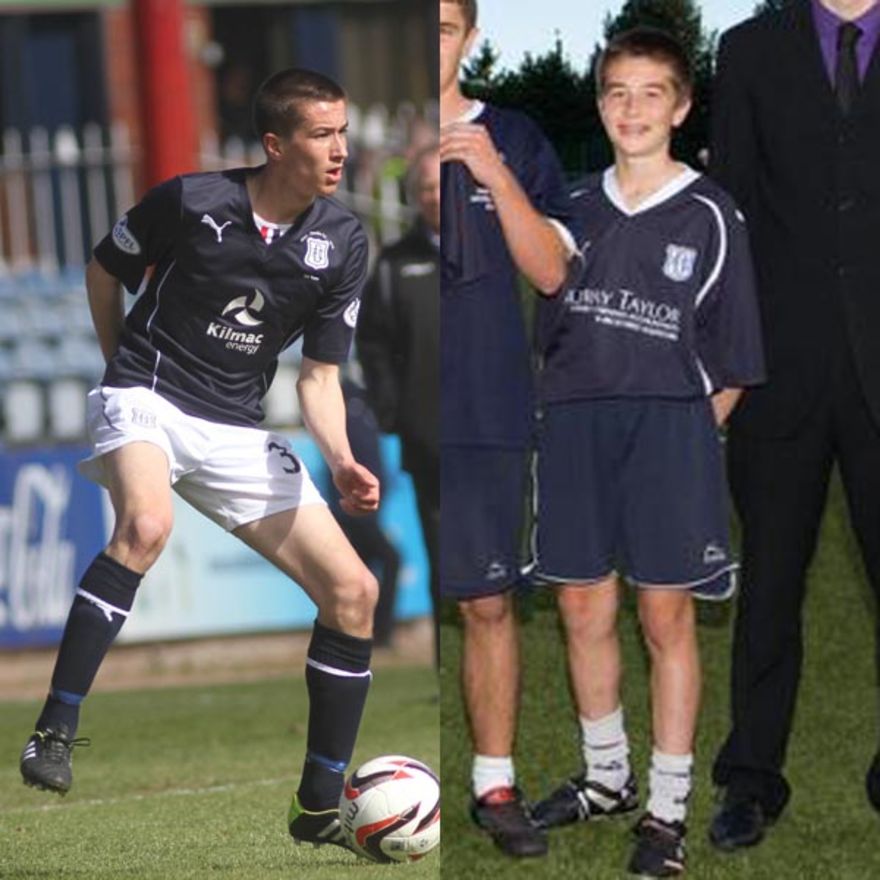 Fresh from signing his new contract with the club, Cammy Kerr will be attending the Dee Promotions annual Ladies Dinner on the 30th of May.

The event, sponsored by ARP Discos, takes place at the Invercarse Hotel from 7.30pm till late. Tickets are still available for the price of £40pp which includes a champagne reception, 3 course meal, and entertainment from the highly recommended speaker Peter Brown and a disco at the end of the night.

Cammy is a player who has seen the benefits of Dee Promotions first hand. After joining the club at just 8 years old, Cammy progressed right through the youth system and made his first team debut earlier this year. This season he won the Isobel Sneddon Memorial Trophy for Youth Player’s Player of the Year as well as helping the team win the SPFL Championship. Both trophies will be at the Invercarse.

The work Alison McQueen does through Dee Promotions, including the weekly Dundee Lottery Draw, goes a long way to providing facilities for up and coming talent to come through the ranks at Dundee Football Club. Dee Promotions has already put £70,000 in the club this year.

We spoke to Cammy about how it all got started for him at Dundee, he told us, “It was on a Thursday at the community classes with Craig Feret. Just after school, you paid your money and played for an hour. Craig spoke to my dad after it and that was really the start from there.”

That led on to him being signed by Dundee, “I went to Kirkton on a Tuesday night. I was asked to go by Simon who ran the classes and I got a phone call later and asked to play at Murray Park against Rangers. I started as a subby but got on so was good experience, I was knackered after it.”

Fast forward ten years and Cammy was pulling on the Dark Blue as part of the first team squad and made his debut as a substitute against Livingston at Dens, he told us, “Proud to come on, but it’s been hard work through all the age groups. Two administrations and stuff. Every age group I’ve been through in 10 years.”

Last week the club announced that Cammy had put pen to paper on a two year contract, “That’s all I’ve wanted to do since I’ve been here. Get a first team contract. So it was really important that I got that, I was buzzing to get it signed.”

Cammy admitted Dee Promotions played a huge role in his progress, asked how much they help the youth set up, he said, “Massively. The amount of stuff they have given us, the amount of money they’ve put into the youth side. Balls, football kits, help getting us to games, training kit, tracksuits, they’ve done loads of stuff.”

Book your tickets for the Ladies Dinner now by contacting Alison McQueen – 01382 884450, alison@dundeefc.co.uk

You can support our youth development through Dee Promotions – for more information how – click here.