CAMMY AT THE DOUBLE 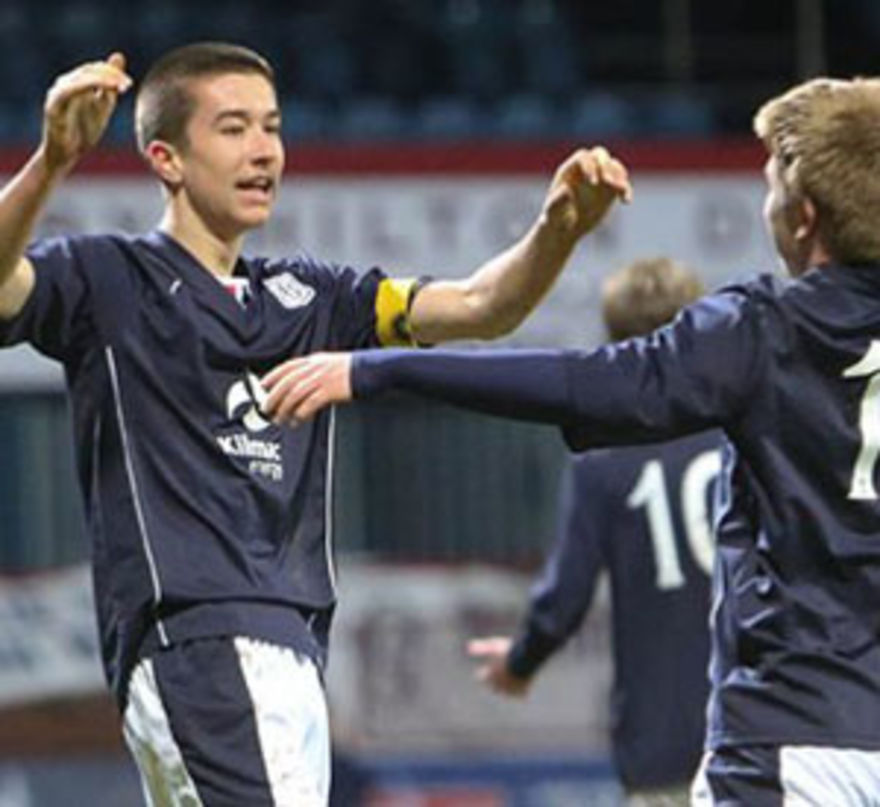 Although this was billed as a Reserve League fixture both Dundee and Stenhousemuir fielded Under-19 teams at Dens Park on Tuesday night.

Dundee were quickly on the attack and Craig Wighton had the first effort on goal, his shot stinging the hands of Stenny keeper Dean Shaw. Ben Sivewright then did well to beat his man and cross for Calvin Colquhoun, whose shot was held by Shaw.

However, it was the visitors who came closest to opening the scoring after skipper Cammy Kerr had conceded a foul some 25 yards out and Salim Kouider-Aissa crashed the resultant free kick back off the bar.

Dens keeper John Bonnar then had to look lively to hold a cross-cum-shot from Josh Watt.

Down the other end Dundee responded with a Kerr corner which found the head of Wighton but was cleared off the line.

The home team twice came close to taking the lead in the minutes before half time. First, Wighton sent a curling shot just wide of the left upright and then, after Colquhoun had headed the ball on, Wighton’s strike partner Josh Skelly hit a superb left footed drive just inches wide.

It took the Dark Blues only two minutes of the second half to break the deadlock. Bonnar’s kick out saw Wighton shrug off Stenny right back Robbie Duncan on the halfway line and bear down on goal. As Shaw came out, Wighton slipped the ball past him and into the bottom corner.

Ten minutes into the second period and Wighton’s pace took him past the Stenny defence. He cut the ball back for Skelly who could only knock it wide.

On 65 minutes Dundee went two up. Again, Wighton made ground up the right and played the ball in for Skelly, who just failed to connect. The ball ran to Gary Duggan whose cross was headed back across goal by Wighton and Kerr was there to nod the ball home from close range.

Dundee were in total control now, with Thomas Carberry and Colquhoun dominating central midfield and any Stenny attack well handled by the men immediately in front of Bonnar, Sivewright, John Black, Matty Allan and Scott Mollison. Four minutes later, it was 3-0. Wighton was the creator again, setting up Skelly, whose shot was blocked by Shaw. As the ball rolled across the face of the goal, Kerr popped up to net his second.

The visitors had a chance to reduce the deficit but Greig Pearson headed over the bar from a corner.