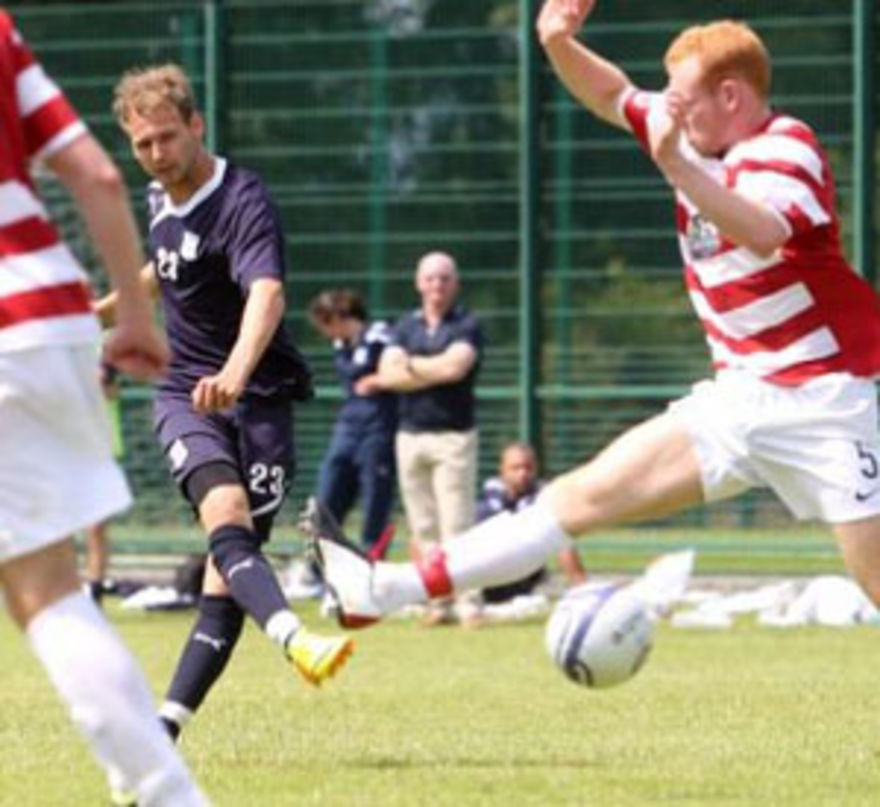 Manager John Brown was pleased with the performances he saw from his squad in a closed door encounter with Hamilton Academical at Stirling “There were some decent performances” he told us “I’m very happy with the workout we got, it was very worthwhile”

In glorious sunshine at Stirling University both sides fielded strong starting elevens, Dundee’s featuring two trialists- one a goalkeeper and the other a striker, and it was the trialist who put the Dark Blues ahead early on, netting from a Peter MacDonald cut back.

The match was played in three thirty minute periods and midway through the second John Brown made nine changes, including bringing on two more young trialists, and shortly after replaced the trialist keeper with young John Bonnar.

It didn’t seem to hamper the Dark Blues as a mixture of youth and experience caused Hamilton problems, Martin Boyle twice came close while Craig Wighton brought the best from the Hamilton keeper with an angled drive.

It was the big young trialist striker who doubled Dundee’s lead racing onto Jamie Reid’s through ball before coolly netting low into the corner.

Hamilton then made wholesale changes and continued to give Dundee a decent test though as they pulled one back from the penalty spot, Eamonn Brophy netting despite Bonnar diving the right way.

It was end to end now but Wighton restored Dundee’s two goal advantage with a lovely finish.

Hamilton came back again and reduced the deficit with the goal of the match, Darren Lyon racing from midfield before lashing a rising 22 yarder home.

All four trialists will have done their chances no harm after this first workout and now it’s on to Montrose on Tuesday evening for the first public friendly.