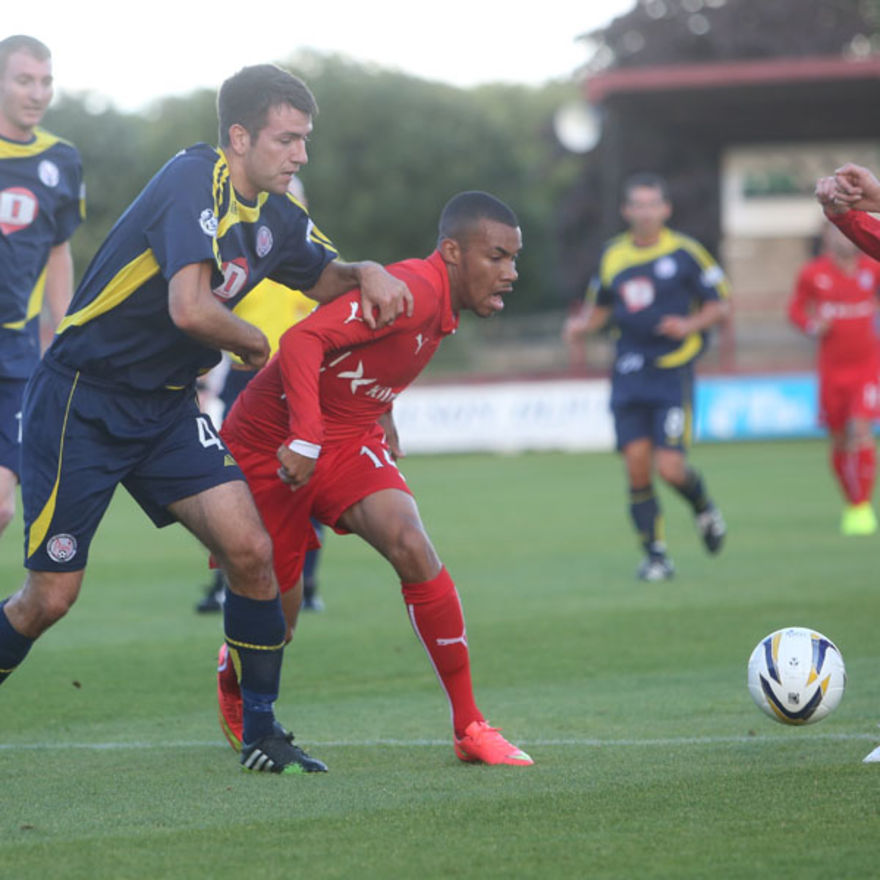 Dundee had to settle for a goalless draw in tonight’s friendly at Brechin, where the local City were a tougher nut to crack than their more illustrious namesakes from Manchester. Both sides worked hard, but were guilty of wasteful finishing. The Dark Blues had most of the play and exerted greater pressure, but only a great save from new keeper Grant Adam stopped Brechin’s Ryan Ferguson grabbing a winner right at the end.