Bill Brown inducted into the Scottish Football Hall of Fame

Bill Brown inducted into the Scottish Football Hall of Fame 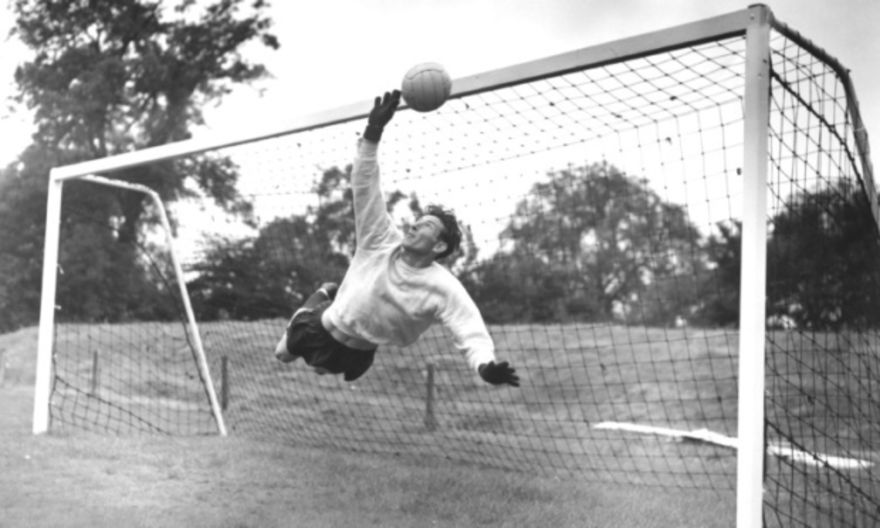 Dundee Football Club were absolutely delighted to learn that Dark Blue legend Bill Brown was last night inducted into the Scottish Football Hall of Fame at a Gala Dinner at Hampden.

Brown’s induction comes after a campaign from the Club where we asked fans to nominate Brown to the Scottish Football Association and we are delighted that our Dark Blue Nation followed suit. Induction into the Scottish Football Hall of Fame comes after a select committee read the nominations sent in by the public and we are honoured that the SFA accepted the nomination of one of our heroes and inducted him.

Bill Brown was one of the greatest Scottish goalkeepers of the post-war period and is a legendary figure at both Dundee F.C. and Tottenham Hotspur. At Dundee he was a member of the 1951 League Cup winning side and represented Scotland in the 1958 World Cup, while at Spurs he was a member of the 1962 double winning side and part of the first British side to win a European trophy.

William Dallas Fyfe Brown was born in Arbroath on October 8th 1931 and played at outside-left as a youngster, only switching to goalkeeper when his Arbroath High School team’s regular keeper had to go off injured and Bill was asked to go in goal. It was obvious from that day on that Bill was ‘a natural’ in goal and but for that quirk of fate, Scotland may have been denied one of its greatest ever keepers as Bill had even had a trial for Scotland schoolboys as a winger.

After leaving school he began an apprenticeship as an electrician, whilst on the pitch he progressed from juvenile side Cliffburn to Junior club Carnoustie Panmure, before joining Dundee shortly before his 18th birthday. It was something of a coup for Dundee manager George Anderson to secure the services of Brown as he had been courted by various clubs including Manchester City, Sheffield Wednesday, Dundee United, Blackpool, Brechin City and hometown team Arbroath. 2013 Hall of Fame Inductee Anderson however persuaded the seventeen year old to turn out for Dundee in a trial match against league champions Hibs to reopen Dundee Violet’s Glenesk Park and playing against the Hibs ‘famous five’ forward line was enough to persuade the impressionable Brown to sign for The Dee.

Bill made his debut for the Dens Park club against Clyde at Shawfield in January 1950, but it took him several seasons to become the club’s first choice keeper, sharing the goalkeeping duties for a few seasons with Johnny Lynch and Bobby Henderson.

Tall and slim, Bill was a safe, unflappable keeper who rarely needed to be spectacular. Quick and agile he had good positional sense and great concentration, and playing behind Dundee’s famous half back line of Gallagher, Cowie and Boyd, he won his first honour when he was part of the Dundee side to win the League Cup in his third season.

Coming into the side in the final sectional tie against Raith Rovers, Brown kept his place in the side for the two legged quarter-final against Falkirk and for the semi-final against holders Motherwell at Ibrox where The Dee won 5-1 to book their place in the Final.

In front of 92, 325, Dundee clinched the trophy with a 3-2 win over Rangers and the side became instant local heroes having brought the first major trophy back to ‘Juteopolis’ for forty-one years.

Bill missed both the 1952 Scottish and League Cup Finals due to being away on National Service but by 1954, Bill had made the yellow jersey his own. It wasn’t just for Dundee however that he excelled as in 1956 he was honoured for his consistent performances with a Scotland ‘B’ cap against England. The following year he made three appearances for the Scottish League against the English League, Irish league and the League of Ireland and as the World Cup in Sweden approached in 1958, Brown got two more League caps again against the English League and the League of Ireland.

His performances for the Scottish League were impressive enough for the Scottish selectors to name Brown in the World Cup squad for Sweden and he got to make his full international debut in the tournament when he took over from Tommy Younger for the final group match against France.

Brown would go on to become the most capped custodian for Scotland with twenty-eight appearances; a record which stood until overtaken by Alan Rough in 1979. Of those caps he earned another three of them as a Dundee player when he played in all three matches of the 1959 British Home International Championships and it was in the match against England at Wembley in April that he caught the eye of Spurs manager Bill Nicholson who was in the process of strengthening his side.

Brown would make another three Scottish League appearances while at Dens Park before Nicholson put in an offer of £16, 500 for him in June and the popular keeper was on his way to London after Nicholson took the night train to Dundee to secure the deal.

Characteristically calm and unfussy, yet breathtakingly acrobatic at need, Bill Brown was the last line of defence when Tottenham Hotspur became the first club in the twentieth century to lift the English League and FA Cup double in 1961, and two years later was a member of the team that thrashed Athletico Madrid 5-1 in the European Cup Winners’ Cup Final, thus becoming the first British club to win a major European trophy.

Brown did not conform to the popular notion of what a goalkeeper should look like at the time for although he stood half an inch over six feet, his frame was spare, stringy and seemingly insubstantial, in vivid contrast to the imposingly muscular individuals employed by most clubs to mind their nets. Every line of the Brown figure was angular, an impression emphasised by his aquiline features, although if some contemporary observers referred to him half-slightingly as willowy, there was no doubting his wiry resilience when it came to physical challenges with hulking centre-forwards.

Bill eventually left White Hart Lane in October 1966, spending a season with Northampton Town before emigrating to Canada where he played for Toronto Falcons. After retiring from the game he worked for a Toronto property developer and then spent many years in the employment of the Ontario Government Land Department and sadly passed away in Simcoe, Ontario at the end of November 2004 following a lengthy illness.

Brown’s legacy at Dens was 274 appearances where he made sixty-two shut-outs, winning one major trophy and gaining thirteen Scottish caps at various levels. He left a host of memories as a keeper who was elastically agile, endowed with remarkably sharp reflexes and was never less than impeccable for Dundee and is inducted into the SFA Hall of Fame with on the tenth anniversary of his death.