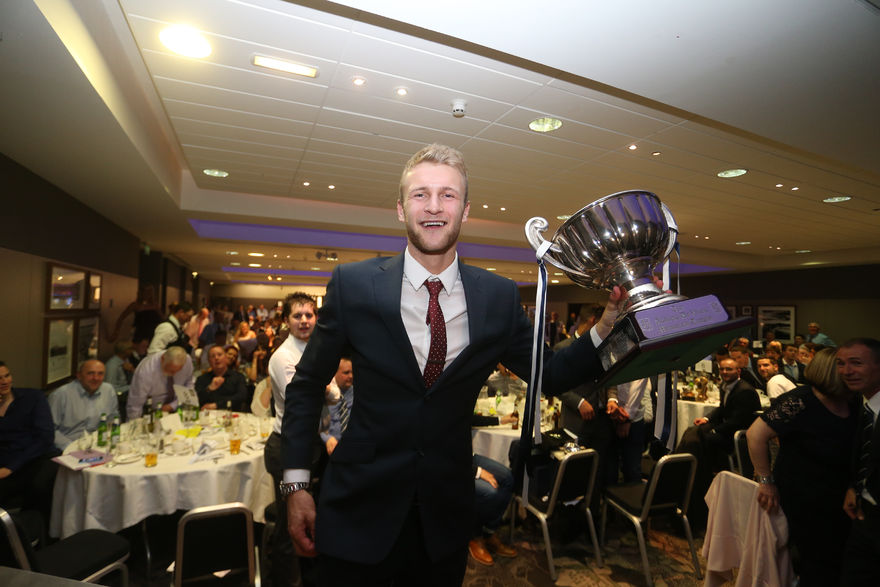 Scott Bain was awarded the Andrew De Vries trophy at the annual DSA Player of the Year awards on Sunday evening.

The award voted for by the Clubs supporters is the official Club Player of the Year award and goes to a goalkeeper for the second time in a row after Kyle Letheren picked it up last year.

There was stiff competition for the main trophy with James McPake, Paul McGowan and Greg Stewart also winning a number of individual supporters club awards.

Scott joined the Club in the summer and after having to wait for his opportunity grabbed it with both hands with a number of top displays. He was recently rewarded for his form this season with his first international call up and Sunday night saw him add to that with the De Vries trophy.