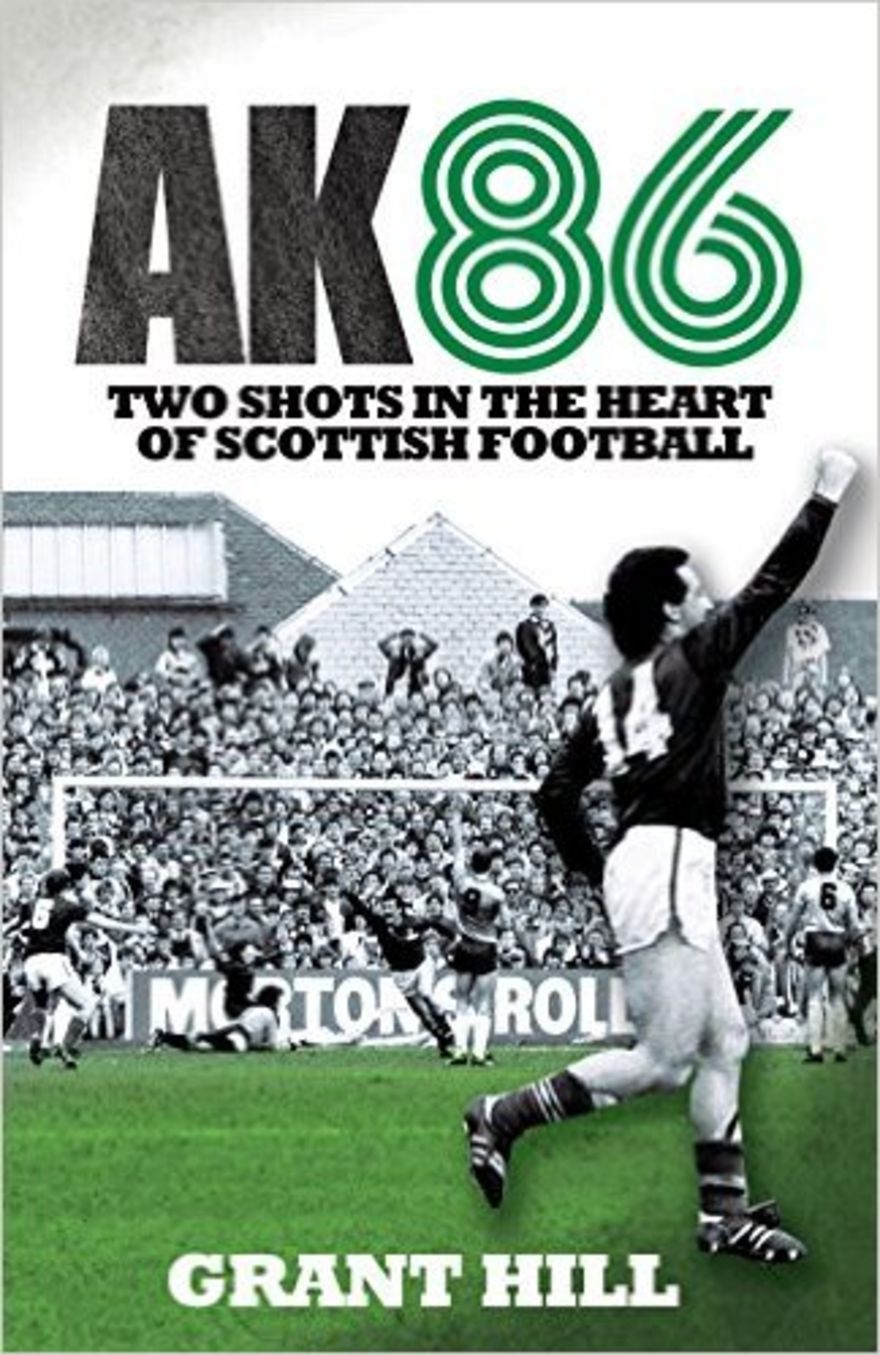 Extract from ‘AK 86: Two Shots In The Heart of Scottish Football’ by Grant Hill.

The discussion taking place in the Tynecastle manager’s office was an unwelcome one. Despite attempts at containment, two more first-team squad members – Brian Whittaker and George Cowie – had also been laid low by the flu bug and MacDonald and Jardine were forced to consider contingency plans ahead of their date with destiny.

Sixty miles to the north the manager’s office at Dens Park was also about to become the location for a conference that would have far-reaching consequences. Dundee boss Archie Knox prepared for the following day’s match at his desk, unaware that one of his less favoured players was at that moment standing on the other side of the door, working up the courage to plead for the opportunity to play a part in the final game of the season. He stood little over 5’7 tall and sported thick black curls and a moustache that saw him likened to comic Bobby Ball. His name was Albert Kidd.

Knox’s side were locked in a battle for European qualification with Rangers, who needed full points on the final day to be sure of the final slot in next season’s UEFA Cup as Dundee would pip them at the line if they could better their result when they hosted the champions-elect. In his three years at Dens, Knox had turned Dundee from perennial strugglers to a side on the verge of realising their European ambitions while at the same time improving their horrendous cup and derby records. While the Dark Blues were still troubled by inconsistency and a lack of strength in depth, the side were a match for most.

One name missing from any list of Dundee’s top players would be that of Albert Kidd. The Dundonian had become the Dark Blues’ record signing after his performances at Motherwell, where he averaged better than a goal every three games from midfield, persuaded Donald MacKay to shell out £80,000 for his services. Kidd struggled to recapture the form he had shown at Fir Park and, in five years, had scored a modest 10 times in his 114 league appearances. Frustrated at what they saw as a big-money flop, fans failed to take to Kidd and the player himself freely admits that he struggled to make his mark at Dens.

“It was great to sign for Dundee but I felt a lot of pressure,” he said. It was my hometown and everyone knew me and my family and I joined for a lot of money. I felt it immediately. I never really thought Dundee used me in my best position, which in my opinion is in the middle of midfield in an attacking sense. I always played wide or upfront in a wide position.

“It was a difficult time for me. My confidence was at an all-time low and I had a back injury then needed an operation after breaking my nose and not being able to breathe correctly. New players came in and we had a better team so it became more difficult to bed down a position.”

“I am not saying I was Ronaldo but I know I had more to offer. I remember playing against Richard Gough and giving him an absolute bath at Dens. But it was always in the final third. When I needed to get back down the park, well that wasn’t my role. I think Archie liked me but I just felt he never used me right. He played me in role I didn’t have the capacity for.”

Kidd earned £110 a week but his chances to top up his wage with appearance money and bonuses for goals scored were, by this point, limited. So far that season he had made only 11 appearances, seven of which were as a substitute. And yet here he was, on the eve of Scotland’s biggest game for several years, knocking on the gaffer’s door to plead for the chance to show what he could do.

“The season was a write off for me,” admitted Kidd. “I thought I had nothing to lose so I said to him, ‘look, I’d just like to say you should consider me for tomorrow. For some unknown reason I have always done well against Hearts, even when I was at Arbroath and Motherwell.’

“He said, ‘okay, I will consider it. Appreciate you coming in’. I never thought any more about it. I thought it would just fall on deaf ears. The team had been picked. I went home and Archie’s secretary, Bronwyn, called me to say I was in the squad for tomorrow.”

Kidd followed Celtic as a youngster but by his teens, he was establishing his own footballing reputation and spent four summers training with Arsenal alongside other promising Scottish youths. When the Highbury club took their interest no further, he signed for Brechin City before moving to fellow Angus club Arbroath for £10,000 and being made club captain at the age of 20. His time at Gayfield was followed by two seasons at Motherwell that saw Dundee United attempt to sign Kidd, only for the Fir Park side to accept Dundee’s higher bid instead.

With the majority of Dundee’s players hailing from the west coast, and with one of the Old Firm still competing for the league title, the situation at the top of the table was of great interest to the squad as they prepared for Hearts’ visit. Kidd explained, “There were Rangers and Celtic supporters in the dressing room so there was a fair bit of banter about who was going to win the league but the priority for all of us was to get Dundee into Europe. We lived in the shadow of a good Dundee United team so it was vital for us. We had spent a lot of time away together on pre-season tours and were desperate to experience proper European football together as a team. Of course, if Celtic benefited from that then I wasn’t going to be unhappy.”

To realise their ambitions, Dundee needed big performances from big players and for their wily manager to get everything right in his preparation and on the day. How would their fans have felt on the eve of the game to know that Albert Kidd was set to come in from the cold ahead of more obvious candidates for a place in the squad?

“I think for most people, he was regarded as average and a fringe-type player who had turned it on on a few occasions but had probably disappointed overall,” said Dundee supporter Barry Davidson. “He wasn’t quite a target for the boo boys but wasn’t likely to be mobbed by adoring fans either. Like I said, he was on the fringes so there wouldn’t have been anything particularly remarkable about him being involved. His time at Dundee was pretty unremarkable up to that point.”

‘AK 86: Two Shots In The Heart of Scottish Football’ by Grant Hill (@GrantH1979) will be published in paperback next month.

Signed copies, costing £7.99, can be pre-ordered from Wholepoint Publications at http://wholepoint.jimdo.com/ak86/.