Adam on his debut and Falkirk 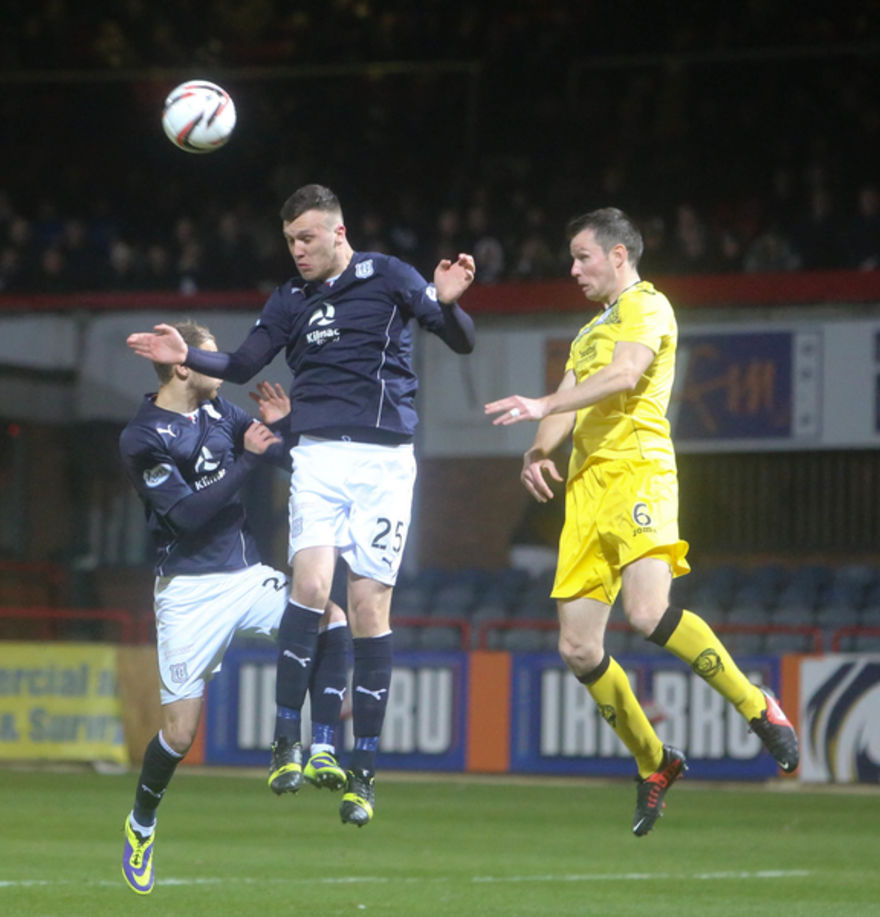 Defender Adam Cummins has waited for his chance since joining on loan from Motherwell in early January. The fantastic form of the back four have meant he’s had to bide his time but Tuesday night saw him make his first appearance in Dark Blue – capped off with a clean sheet and a win over Queen of the South.

We caught up with the Liverpudlian following his debut. Adam told us, “It’s my debut, we’ve kept a clean sheet and it’s three points. I feel I’ve got a lot more to come but it’s my first game for a long time, I’ve come through 90 minutes unscathed and I feel fine.”

“It was tough at times on Tuesday, we grouped together as a team and it wasn’t the prettiest football but we’ve got the three points.”

Adam looked at home in the defence and helped them to a 7th clean sheet in 8 games since Paul Hartley has been in charge at Dens. The central defender has strong competition and told us, “I knew it was going to be a tough challenge when I decided to come. It’s a credit to the lads that have been playing. They’ve kept so many clean sheets. I think it’s 18 now – big Kyle keeps telling me. Benedictus and Gallagher have done well so I’ve got to keep on my toes and they’ve got to keep me on my toes.”

This weekend sees the visit of Falkirk and with Kyle Benedictus suspended Adam looks set for another start in the heart of the defence. The on loan Motherwell man looked ahead to the match, he said “We’re looking forward to Saturday and hopefully we can get another clean sheet and three points but the most important thing is the points.”