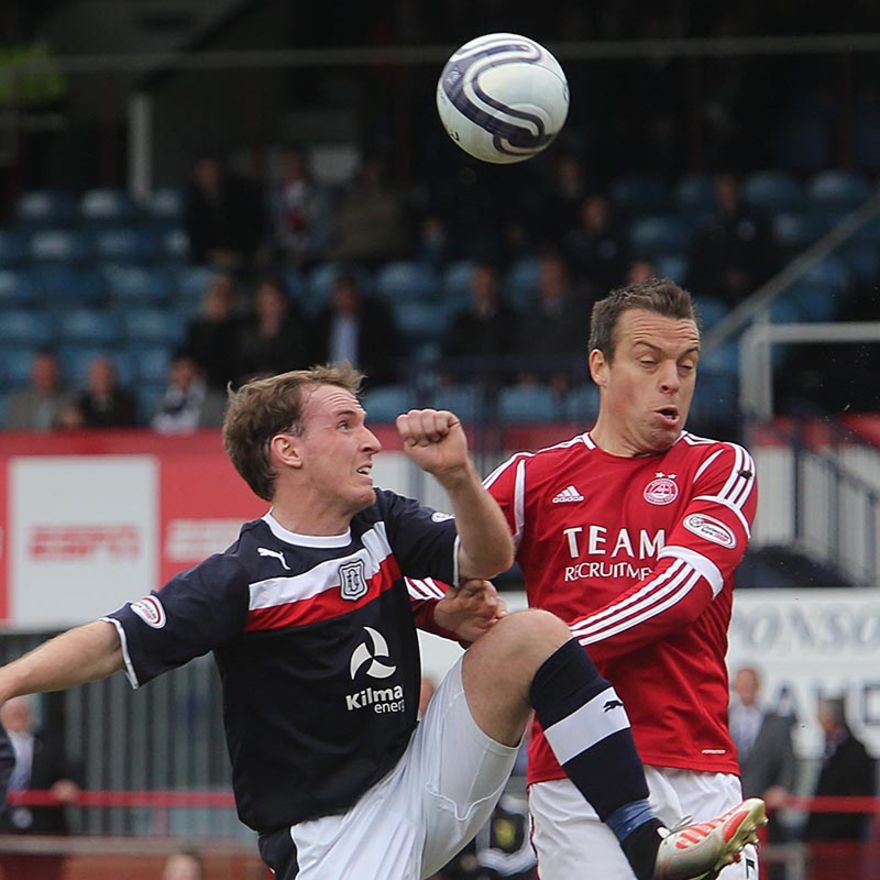 Dundee seek to get back on track after losing their last two league games when in-form Aberdeen visit Dens. It’s got all the makings of a tough test but that won’t come as a surprise to manager Paul Hartley.

“I’ve seen a lot of Aberdeen this season, so we know what to expect” he said “We want to try to get back on track. Our aim is to go into the international break on the back of a win.”

TEAM NEWS
Thomas Konrad returns to the squad after his one match suspension, but Kevin Thomson, Iain Davidson and Willie Dyer will miss out again. The latter of those, Dyer is, however, back in training. Peter MacDonald, David Clarkson and Craig Wighton, with a hat-trick, were on target in the Development League thrashing of Ross County on Tuesday and all three staked a claim for a starting place.

THE OPPOSITION
After a slow start to the campaign, where they lost three of their first five league games, the Dons have come to life in the last couple of weeks. Three wins on the bounce saw them climb the table and into the League Cup quarter final, but there was something of a blip this midweek when they drew at home to St Mirren after being 2-0 ahead. It was a match they should have won though, and they have pace and ability through their team.

LAST TIME
There was pain for Dundee as Aberdeen mathematically relegated Dundee in controversial circumstances on May 5th 2013. After a traumatic season, as the club promoted to replace Rangers, Dundee had shown a revival in recent weeks and, after three wins on the bounce, clung onto the tiniest shred of hope that they could extend their stay in the SPL.

That hope was to be cruelly dashed in controversial circumstances, for despite Dundee dominating before and after Jim McAlister had given them a 20th minute ear with a fine volley, the final fate of Dundee’s season came down to the referee’s interpretation of a clash between Lewis Toshney and Peter Pawlett in the home penalty area.

Referee Alan Muir thought at the time that Toshney had fouled Pawlett, though TV suggested he’d got it wrong.

When the penalty was taken there was little doubt that Niall McGinn would score and his spot-kick knocked the stuffing out of the Dark Blues bid for survival.

OPPOSITION DANGER MAN
Niall McGinn was the man who hurt Dundee during our last top division campaign in 2012-13. He scored six goals in the four games between the sides including a Dens hat-trick.

Both the South Enclosure and Family Section in the Bobby Cox Stand will be admission by ticket only available to buy from the ticket office. Please arrive at the ground with time to spare if you need to buy a ticket.

OUR ONLINE COVERAGE
Fans outside of the UK can watch Dundee v Aberdeen live for just £5. ‘Dundee FC Live’” is the club’s exclusive live match streaming service and you can find out more about it at www.dundeefc.co.uk/live.