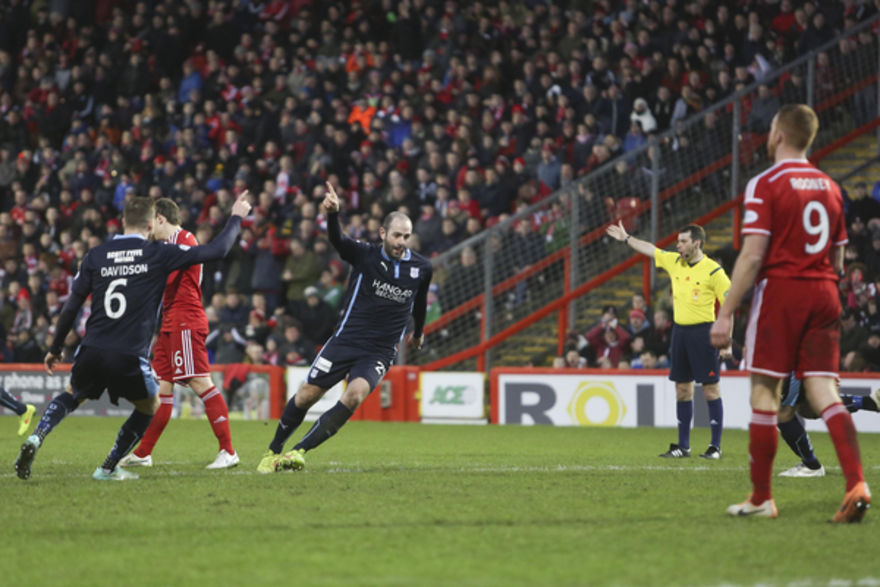 Dundee had to settle for a point after Aberdeen came from two goals down to grab a late point in a thrilling 3-3 draw at Pittodrie.

David Goodwillie gave the Dons an early lead. The Dee fought back to lead 2-1 at the break with goals from Gary Irvine and Greg Stewart. Gary Harkins made it three early in the second half, but a Hayes penalty after 87 minutes and a Ryan Jack goal in injury time squared the match.