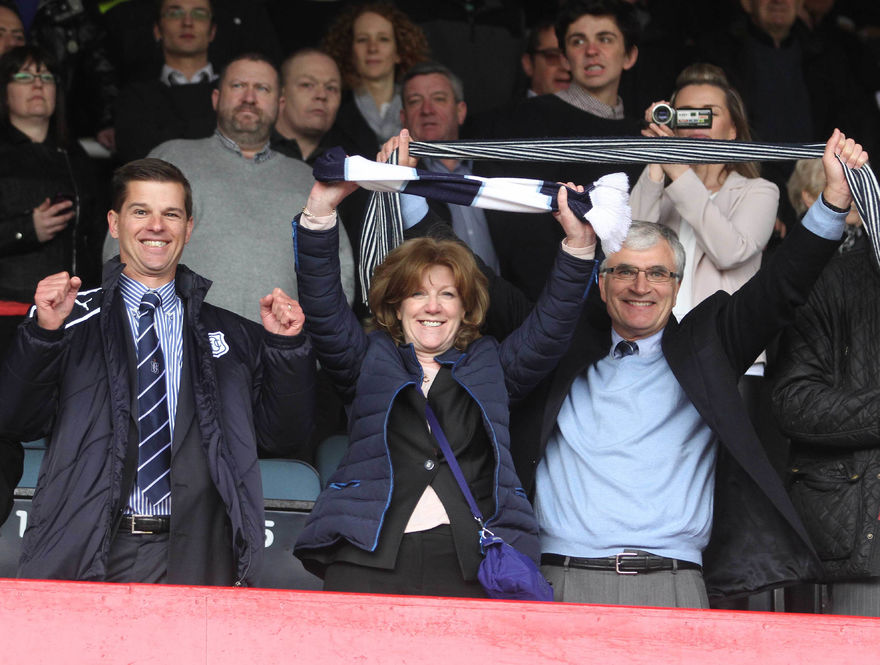 A Weekend To Remember

I hope Dees everywhere had a fantastic weekend. Occasions such as Saturday are to be savoured and enjoyed by everyone who follows and supports this famous club.

Many congratulations to Paul Hartley and his team of players and coaching staff for all their hard work and efforts over this season. They richly deserve all the success that they have worked so hard to achieve. Our backroom staff also deserve a special mention as they are the unsung heroes of the club and our club could not function without them. Finally a special thanks to John Brown for taking us part of the way to the 2013/14 Scottish Championship League title.

I would also like to thank our superb fans who turned up in great numbers on Saturday and created that amazing atmosphere at Dens Park. When I entered the stadium at 2.20pm the atmosphere was electric and the noise coming from all four stands was unbelievable. You really made a difference to the team and helped greatly to drive them over the line to win it all! You are all a credit to Dundee Football Club.

A lot of hard work lies ahead of us as we embark on the new season in the Scottish Premier League. We had our first meeting yesterday afternoon at Dens Park to plan for next season and we are all working hard to take the club forward.

I wish you all a great summer and hope you are looking forward to next season as much as I am.