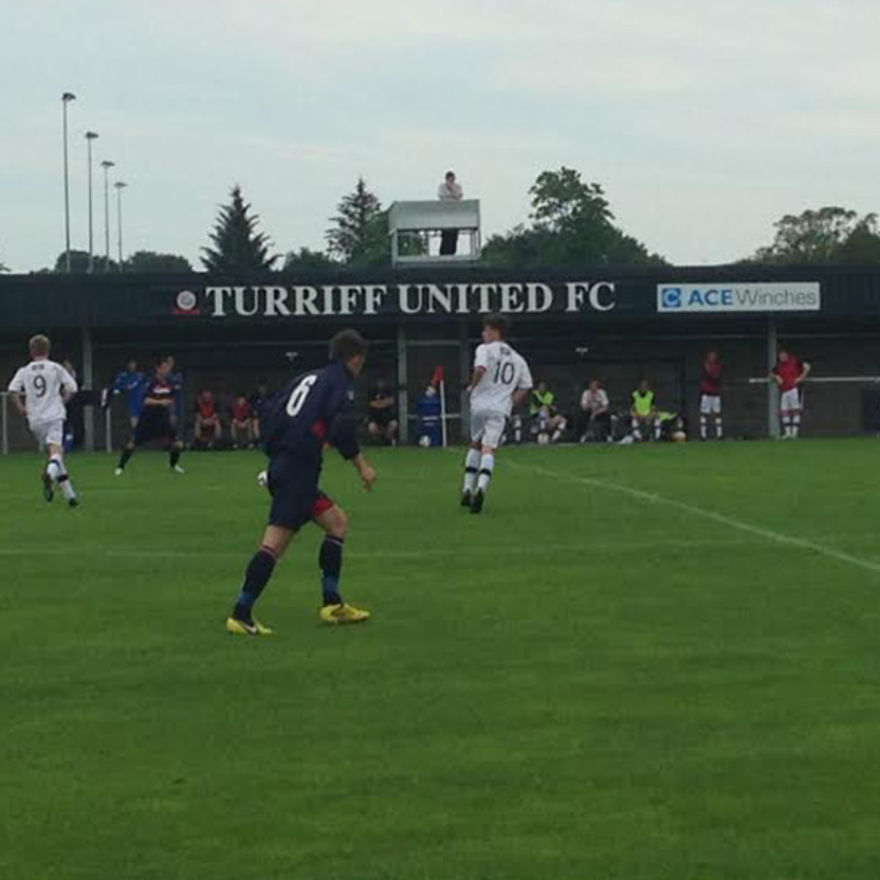 Gavin Burns’ under 20 side got their pre-season scheduled underway with a 3-1 defeat to Highland League side Turriff United this afternoon.

The Highland side took the lead through Gary McKeown after 20 minutes. The Turriff man firing home a fine finish from the edge of the box.

Gary Harris doubled the home side’s lead after 38 minutes when he took the ball into the area before driving home from an angle. Right on the stroke of half time, Harris was on the scoresheet again to make it 3-0 to the hosts.

After the break, the young Dundee side put in a much better performance. The introduction of Thomas Carberry making a difference.

It was Carberry who had the first real effort with a shot from the edge of the box which was deflected wide. From the corner Calvin Colquhoun headed over the top.

Sub Ross Cunningham pulled a goal back for The Dee with twenty minutes remaining with a strike from the edge of the box.

Calum Brodie made a few smart saves throughout the second period and Dundee put Turriff under pressure in the closing minutes.

Josh Skelly hit the bar with five minutes left on the clock in what was a good work out against an experienced Highland League outfit.